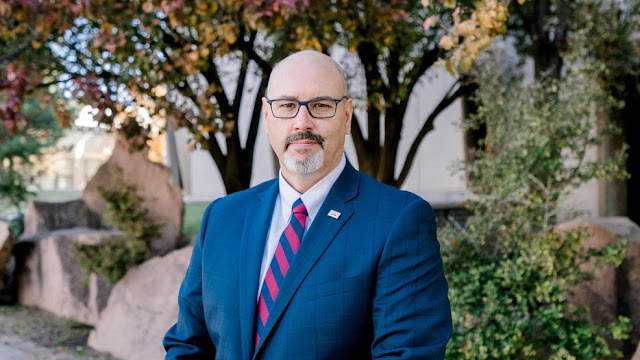 City of Amarillo Deputy City Manager Kevin Starbuck has accepted a position with the Texas Division of Emergency Management (TDEM.). Starbuck will be Assistant Chief/Region 1 with the TDEM. His last day with the City of Amarillo will be Aug. 6.
Starbuck has been with the city for nearly 14 years and has served in several capacities, including assistant city manager and overseeing departments under the Community Services umbrella. He was named assistant city manager in 2016 and promoted to deputy city manager in May 2020.
“Kevin Starbuck is a strong leader whose skills are an asset to our city, and now he will be an asset to our state,” said Amarillo Mayor Ginger Nelson. “We will miss Kevin and his family, but we celebrate that Amarillo is producing leaders who can serve and do important work outside of Amarillo.”
“Kevin Starbuck has excelled in each and every position he has had in city government,” said City Manager Jared Miller. “His career in city government is the template for strong and effective leadership, and he has set an example for others in city government to follow.”
Starbuck has served the Amarillo community in many volunteer roles, including as a board member for the Guyon Saunders Resource Center. He is also active as an Adult Leader in Scouting BSA.
Local