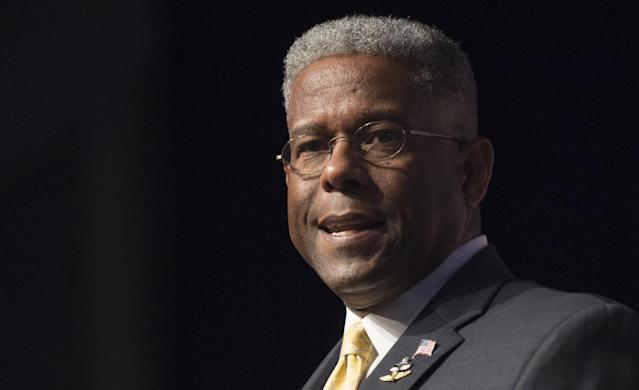 Texas GOP Chairman Allen West on Sunday announced a primary challenge against Texas Gov. Greg Abbott (R) in next year's election.
In an appearance at Sojourn Church in Carrollton, Texas, West launched his 2022 bid with a presentation of his campaign's first video pitch, as reported by The Texas Tribune.
"I’ve not been in elected political office for about a decade, but I can no longer sit on the sidelines and see what has happened in these United States of America and ... the place that I call home," West says in the video.
In the video, West, who has been increasingly critical of Abbott's administration, recited the state song of Texas, named some notable Republicans who have contributed to Texas's history, and discussed issues including immigration and human trafficking at the southern border.
West also used his campaign launch to discuss how Texas could shield its energy resources against the Democratic-backed Green New Deal.
A former congressman for Florida, West announced a month ago that he would step down as Texas GOP chairman effective July 11, fueling speculation that he might seek statewide office.
Abbott, who already has a primary challenger in former state Sen. Don Huffines (R), on Tuesday received the endorsement of former President Trump in his bid for a third term as Texas governor.
Texas