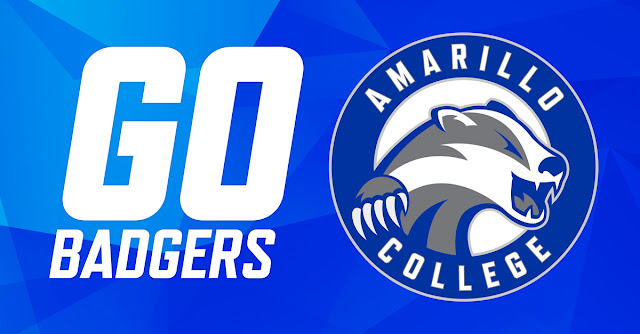 By Joe Wyatt
Amarillo College is pleased to announce yet another milestone in its much-anticipated revival of intercollegiate athletics – the hiring of three head coaches with a collective wealth of collegiate coaching experience.
AC, which has not participated in intercollegiate athletics since the mid-1980s, will return to the competitive arena in 2022 with teams in men’s baseball, women’s volleyball, and men’s and women’s cross country.
Mark White, athletic director, will introduce these newcomers at a ‘Meet the Coaches’ event slated for 10:30 a.m. on Wednesday, July 7 at the Washington Street Campus:
Amanda Black – volleyball head coach
Brandon Rains – baseball head coach
Austin Warner – cross country head coach
Meet the Coaches, which is free and open to the public, will take place on the first floor of the Ware Student Commons.
“I could not be more pleased with the group of coaches we’ve had the good fortune to attract and hire,” White said. “These are all very dynamic individuals with outstanding résumés, and they each emerged from an impressive pool of applicants.
“I appreciate the excellent work of the community members on our Athletics Advisory Board who contributed greatly to the hiring process. We’re now very excited to let our coaches begin recruiting student-athletes who, I am confident, will make us all proud.”
ABOUT THE COACHES
Amanda Black (volleyball) most recently spent four years, 2016-2020, as head volleyball coach at Frank Phillips College (FPC) in Borger, Texas, where 13 of her players were named all-conference. Several also advanced to play at NCAA and NAIA schools. Her teams posted the highest grade-point average among FPC athletic teams during five of her eight semesters. She previously served as assistant coach at Hill College (2015-2016) for a 32-12 team that claimed an 11th-place finish at the national tournament. She also served as interim head coach in 2015 at Durham University in the United Kingdom, where she completed a master’s degree in business management. Black also has a bachelor’s degree in kinesiology from Stephen F. Austin State University, and an associate degree in general studies from Temple College, where she captained the volleyball team and was named NJCAA Division I All-America setter.
“I feel like this is a once-in-a-lifetime opportunity to start a program from the ground up, and it’s tremendously exciting,” Black said. “I’m thrilled by the challenge it represents. It’s a different adventure from anything I’ve done before. Not many coaches get to start a program from scratch, and I can’t wait to get started.”
Brandon Rains (baseball) is a former player for and 1999 graduate of West Texas A&M University. The native of Rotan, Texas, comes to AC after a brief stint as head coach at East Central College in Union, Mo., where the pandemic hampered his efforts to reinstate a baseball program that had been dormant for 20 years. Before that, Rains spent 10 seasons, 2010-2020, as head baseball coach at Brookhaven College in Dallas, where his highly successful teams twice reached the NJCAA World Series (2013 and 2019). Rains was named NJCAA Region 5 Coach of the Year four times at Brookhaven, and his 2014 squad achieved a No. 2 national ranking during the season. The Brookhaven Bears also set school records for wins with 35 in 2017 and again in 2019 with 42; and they posted no fewer than 30 victories for seven consecutive seasons beginning in 2013. Rains previously served as lead assistant coach at the University of Texas at Dallas (2002-2010). He has a master’s degree in athletic administration from Nova Southeastern University in Florida.
“Amarillo College is dedicated to building a first-class, nationally recognized baseball program, and I’m thrilled to be a part of it,” Rains said. “I believe we will establish a program that can be nationally known in a short period of time. This is an exciting time and place for college baseball.”
Austin Warner (cross country) comes to AC from Purdue University Northwest, an NCAA Division II program in Chicago, where he has served as head coach of the men’s and women’s cross-country teams since 2017. Throughout his tenure there, both individual and team school records have been broken annually. He also tripled the number of student-athletes participating in the program. In 2019, his teams earned U.S. Track Field and Cross Country Coaches' Association All-Academic Team awards for their achievements in the classroom. Warner competed in cross country and track & field at Trinity Christian College, where he was twice named Male Athlete of the Year and qualified for NAIA national championships in both sports a total of seven times. He completed his bachelor’s degree in sports and exercise sciences at Trinity in 2012, and he earned a master’s degree in athletic administration in 2016 at Nova Southeastern University, an NCAA Division II program at which he was named the 2016 NCAA Division II Men’s Track and Field Assistant Coach of the Year in the South Region. The native of Dyer, Ind., is USA Track and Field Level 1 certified.
“I’m definitely thrilled to be part of Amarillo College’s athletic resurgence,” Warner said. “My goal is to develop champions on the cross-country course and in the classroom.”
Local