About those Texas Democrats fleeing the state 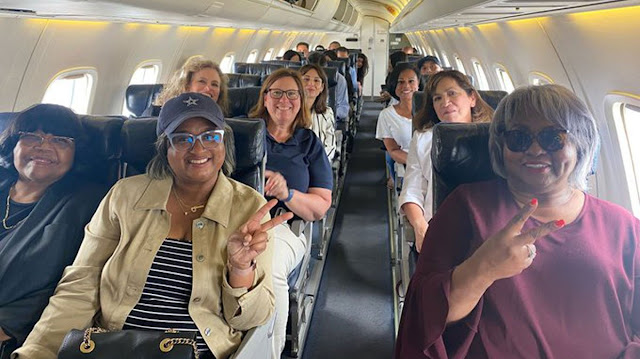 State legislators fleeing the state is one of the most tiresome and unseemly charades in American politics. It’s for losers, in both the actual and pejorative meaning of the word, and it should offend you whether you agree or disagree with the party that does it.
Legislators only ever flee the state when they know they’re going to lose because they’re in the minority. In other words, they know that the people have rejected them at the ballot box. With 83 Republicans and 67 Democrats in the Texas House, the Democrats know they are going to lose the vote on the pending election bill.
And no, the Republicans’ majority is not from gerrymandering. Eighty-three out of 150 is 55.33 percent of the seats. Republicans won 54.92 percent of the votes in Texas House races in 2020. Almost perfectly proportional.
All this is a bit rich coming from a party that at the national level seems to believe that legislative majorities, no matter how thin, should be able to do whatever they want. The 60-vote threshold for legislation in the U.S. Senate must be abolished, they say, but at the state level, it’s apparently fine to flee the state to prevent an elected majority from passing legislation.
Texas Democrats aren’t the first state legislative caucus to pull these shenanigans. In 2011, the 14 Democratic members of the 33-seat Wisconsin Senate fled to Illinois to prevent Republicans from passing the collective-bargaining reforms championed by Governor Scott Walker. After nearly a month of negotiation with the Democrats, they made clear they weren’t coming back, and Republican Senate leadership changed the bill to get around the parliamentary rules requiring a quorum. They passed the reforms without any Democrats in attendance. If the will of the people was ever in doubt, Wisconsin voters had a chance to recall Walker and some Republican senators. Republicans maintained control of the Senate, and Walker won his recall election by a larger margin than he won his first term. “1 Walker Beats 14 Runners,” the bumper stickers said.
Republicans, too, have fled their state before when they knew they were going to lose. Oregon Republicans have stopped legislative proceedings four times in the past two years by refusing to show up. They’ve done it to oppose cap-and-trade and COVID restrictions.
These tactics don’t come off well with voters, even ones who might be sympathetic to the policy positions. Conservatives are not fans of cap-and-trade, but coming off as crazy by not showing up doesn’t help the cause.
Aside from the strategic considerations, there’s the more fundamental point: Legislators are representatives of the people. The people elect them to serve terms of a fixed length. They elect them knowing full well they won’t always be in the majority. That’s life. You win some, you lose some. You still have to show up to work.
Legislators who flee their states are failing to fulfill the duty the voters entrusted to them. Whether you agree with the policy position or not, it’s not an acceptable tactic for legislators to use. If you don’t want to show up for work, that’s fine: Resign. Step aside and allow a special election for voters to choose someone else to represent them.
The national political media, meanwhile, is covering Texas Democrats like they’re some kind of righteous traveling circus.
Max Burns, a contributor to the Daily Beast, Independent, and NBC News, tweeted that “the Texas Democrats are even cooler now that they’re fugitives fighting to protect voting rights from [Texas governor Greg Abbott] Ol’ Boss Abbott.” Lincoln Project co-founder Rick Wilson, who decried the tactic when it was used by Wisconsin Democrats in 2011, mocked Abbott for stating that the legislators could be arrested. He had no such complaints when Oregon’s Kate Brown sent state police after truant Republicans.
Karen Attiah of the Post asked desperately, “Can we stop saying ‘fleeing the state,’ as if they are cowards or victims? I don’t understand why we can’t just say they left the state. This was a power move. Not a weak one.”
And finally, there’s the coup de grace, Vox’s “The GOP voting bill that literally caused Texas Democrats to flee the state, explained” by Ian Millhiser.
He writes:
"Texas Democrats are relying on a provision of the state constitution which says that ‘two-thirds of each House shall constitute a quorum to do business’ in order to prevent the GOP’s election bill from passing. (Such provisions are fairly common in legislative procedure. The United States Constitution, for example, states that a majority of each house’s members ‘shall constitute a quorum to do business.’)"
The hypocrisy in the national media is matched only by that of leaders in the Democratic Party, such as Senate Majority Leader Chuck Schumer. In Congress, Schumer is leading the charge to get rid of the filibuster, insisting — only a few months after having employed it frequently over six years in the minority — that it must be done away with lest the American experiment itself collapse. While arguing for unconstrained majoritarianism on the federal level, however, he is also set to meet with the on-the-lam Texas legislators.
The Senate filibuster, with its 60-vote threshold to override it, is a less powerful minority tool than denying quorum — and one with a long, bipartisan history.
With their embrace of Texas Democrats’ escapade, left-wing politicos have abandoned even the pretense of using principles rather than short-term political considerations to evaluate the merit of minority rights in government.
Opinion