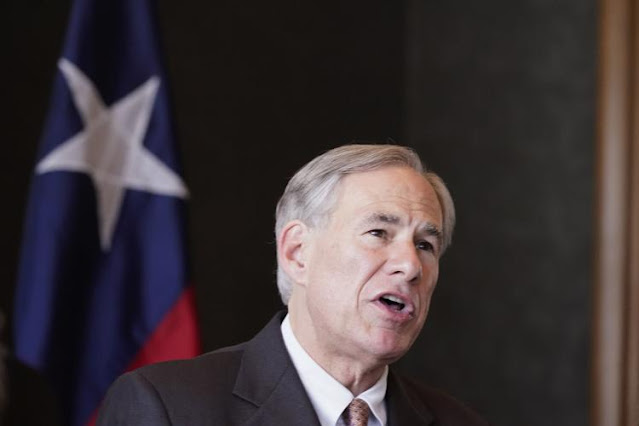 By Bethany Blankley
Gov. Greg Abbott on Wednesday signed into law a bill that will enhance criminal penalties for fentanyl-related crimes.
Abbott signed SB 768 into law, filed by state Sen. Joan Huffman and Rep. Ann Johnson, which goes into effect Sept. 1.
The new law increases the punishment for the manufacture or delivery of 4 to 200 grams of fentanyl to a minimum of 10 years to a maximum of life in prison. The minimum sentence increased to 15 years for an amount of 200 to 400 grams and to 20 years for amounts over 400 grams.
The influx of fentanyl exploded in Texas after federal immigration policy was reversed in January by the Biden administration and spikes in illegal immigration also led to a flood of narcotics moving across the southern border, Abbott said.
"The Biden Administration's open border policies have opened the floodgates for this deadly drug to make its way into our communities, but we are taking action to stop this epidemic,” Abbott said. “By cracking down on the manufacturing and distribution of fentanyl, we will help save lives here in Texas and across America."
By April of this year, Texas DPS reported an 800% increase over last year in the amount of fentanyl its officers confiscated after apprehending drug smugglers.
By July, DPS had seized enough fentanyl to kill every person in Texas and California combined, officials said, a 950% increase from last year.
Customs and Border Patrol also reported that in the first quarter of 2021 it had seized 2,098 total pounds of fentanyl along the southern border, a 233% increase compared to the same quarter last year.
Fentanyl, a synthetic opioid originally developed by pharmaceutical companies to help cancer patients, is “approximately 100 times more potent than morphine and 50 times more potent than heroin,” according to the DEA.
Two milligrams, the weight of a mosquito, is lethal. A teaspoon holds about 5,000 milligrams, enough to kill 2,500 people. One pound of fentanyl, or 453,592 milligrams, could kill 226,796 people.
According to the U.S. Centers for Disease Control and Prevention, fentanyl has become the deadliest drug in America. It was first approved by the FDA in 1968, but its been in the past decade that its role in the opioid epidemic has come to light. From 2011 to 2017, the fentanyl death rate increased by 1,125%, according to CDC data.
Mexican transnational criminal organizations continue to supply most of the fentanyl (as well as cocaine, methamphetamine, and heroin) smuggled into the country, according to the DEA. Fentanyl and other drugs primarily come into the U.S. from Mexican cartels: the Sinaloa Cartel and Cártel Jalisco Nueva Generación, known as CJNG, the DEA reports.
Fentanyl is sometimes dyed blue and stamped to look like the prescription pill oxycodone or OxyContin, the DEA says. The pill is known as "Mexican Oxy" or "M30s" on the streets because on each side of the pill is stamped a "30" and "M."
In 2019, the Trump administration considered classifying fentanyl as a weapon of mass destruction.
Texas