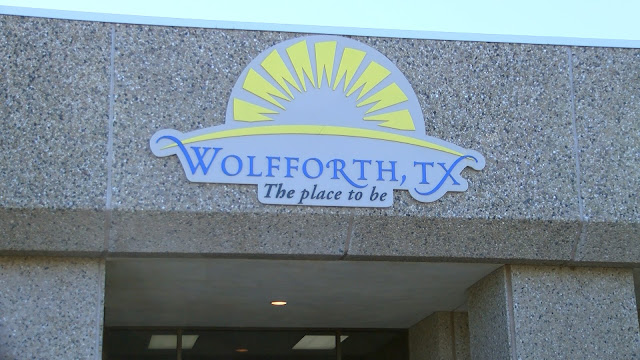 Monday evening, the mayor, city manager, and an associate judge resigned their positions from the City of Wolfforth.
Before Mayor Mike Wright resigned and later walked out of Monday night’s regular council meeting, he said that tensions had been growing over the last year between him and city council.
“It was stated in one of the exit reviews of a former employee that some council members have indicated that they have little respect for the mayor,” he read. “If this is the way they feel, then I see no reason to risk my integrity and my reputation having my name associated with decisions that I have not endorsed and had no vote on.”
Wright took office last year.
He followed City Manager Darrell Newsom who also called it quits after 11 years in the position. He cited city council members failing to follow the rules or wishing to follow staff guidance.
“The high rate of employee turnover has made it difficult to recruit employees and city staff morale is as low as I’ve experienced before,” he said.
Newsom said the resignation of the city bookkeeper after the last city council meeting was the last straw for him.
His wife Karan, who served as associate judge, also quit Monday night.
“I’ve never seen anything like this in public office,” Glenn Phipps, who’s lived in Wolfforth for the last 20 years, said.
“I just think that the citizens deserve a little bit of an explanation for what happened, other than ‘we just don’t get along,’” another Wolfforth resident Kirk Salmon said.
Citizens are now concerned for the city about to see a population boom.
“It takes growing pains,” Phipps said. “I don’t know what’s happening or what’s going on. But if they can’t work together with the people that have lived here forever, then, I just don’t know where we’re at or what we’re doing.”
Mayor pro tem and councilman Randy Gross and Police Chief Rick Scott will fill the positions in the meanwhile.
A prepared statement from council reads:
“The city of Wolfforth appreciates Darrell Newsom and his 10 years of service to the city and its citizens during his tenure as city manager. The city experienced unprecedented growth and achieved many milestones. As we continue to grow, we look forward to the next chapter of the city manager position.”
“I pray for Wolfforth. I pray for understanding. I pray for direction,” Wright said in his closing statement.
There will be a special meeting this Friday at noon to discuss permanently filling these two major positions. The public is welcome to attend.
Local