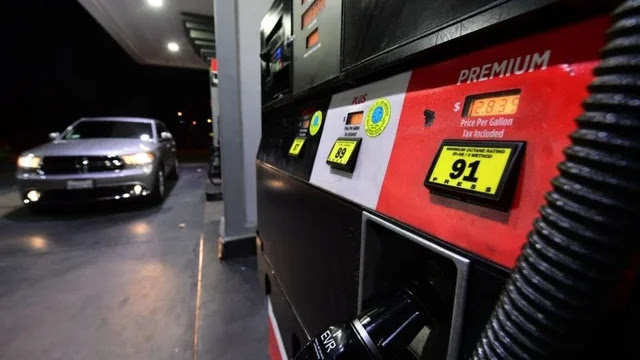 The White House has reiterated its opposition to raising the gas tax in a new statement issued Friday as lawmakers negotiate an infrastructure proposal.
The Biden administration indicated that it considers raising the gas tax, including indexing it to inflation, a tax on low- and middle-income Americans.
“The President has been clear throughout these negotiations: he is adamantly opposed to raising taxes on people making less than $400,000 a year. After the extraordinarily hard times that ordinary Americans endured in 2020 — job losses, shrinking incomes, squeezed budgets — he is simply not going to allow Congress to raise taxes on those who suffered the most,” said White House spokesperson Andrew Bates in a statement.
“At long last, the economy is growing at a rate not seen for almost 40 years, employment is up, and wages are up. The President is firmly against any plan to reverse these hard-won gains by taxing middle class families for simply driving to work or taking their kids to school,” he added.
A bipartisan group of 10 lawmakers in recent days has worked on an approximately $1.2 trillion infrastructure plan, as the White House continues to promote its $2.3 trillion plan.
How to pay for the proposals has been a constant question amid the debate, as the White House has backed increasing corporate tax rates, while many Republicans have endorsed a traveler fee.
The gas tax idea has received some pushback from both sides of the aisle, as Republicans argue that it could give a pass to electric vehicle drivers who still rely on infrastructure and Democrats say it will place the burden on lower income individuals.
Some moderates have floated an increase to the gas tax as a potential way to pay for the plan, but Sen. Susan Collins (R-Maine) said last weekend that the bipartisan proposal won’t include a gas tax hike.
National