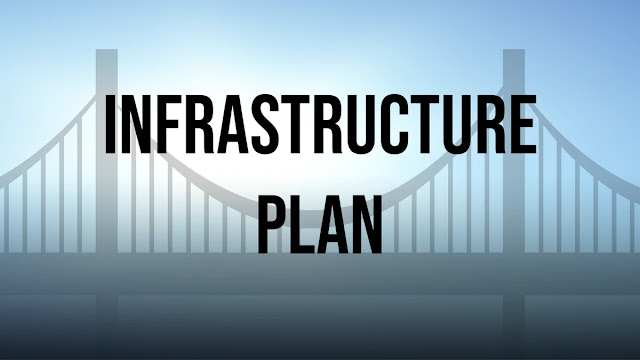 The White House is mounting an all-out effort to sell the bipartisan infrastructure deal President Biden and a group of senators agreed to last week, deploying top administration officials to states and engaging lawmakers to help build support inside and outside Washington for the package.
Biden in a speech in Wisconsin on Tuesday touted the $1.2 trillion bipartisan infrastructure deal, describing the compromise as proof that American democracy can function and saying it would create good-paying blue-collar jobs if passed by Congress.
“I know that neither the Democrats nor Republicans got everything they wanted in this deal, it’s not all that I proposed but that’s what our economy is all about. That’s what it means to compromise and reach consensus. And that’s what’s in the heart of every democracy,” Biden said.
He added that Democrats and Republicans can’t give up on finding ways to come together.
“Every time we negotiate in good faith and come together and get something big done, we break a little more of the ice that too often keeps us frozen in place and prevents us from solving real problems for the people of this country,” he said at the La Crosse Municipal Transit Utility.
The Biden deal with GOP and Democratic senators has come under criticism from the right and the left.
Democrats are worried passage of the bipartisan deal will make it harder to pass a larger package of Democratic spending priorities on climate change, health care, education and other issues. Democrats want to move that package through budget reconciliation rules that would avoid a GOP filibuster in the Senate.
But the party would need all 50 Democratic senators to back the larger plan, and centrist Sens. Joe Manchin (D-W.Va.). and Kyrsten Sinema (D-Ariz.) want to see the bipartisan deal move forward. Both have expressed reservations about the larger bill, though it is also possible both could end up supporting it in some form.
Biden said he will continue to fight for his broader agenda during his Wisconsin speech.
But his focus was on the bipartisan deal, and his address was just one part of a broader effort taken by the administration to sell the deal.
White House officials on Monday spoke with dozens of lawmakers and chiefs of staff in both parties, press secretary Jen Psaki said, including members of the Congressional Progressive Caucus and the bipartisan Problem Solvers Caucus.
Top aides, including Biden adviser Steve Ricchetti, legislative affairs director Louisa Terrell and deputy legislative affairs director Shuwanza Goff were dispatched Tuesday to meet with lawmakers on Capitol Hill to discuss the infrastructure framework.
Transportation Secretary Pete Buttigieg, one of a handful of Cabinet officials leading outreach efforts at the local level on infrastructure, spent Monday and Tuesday in New York state touring infrastructure projects in need of federal funding.
Buttigieg visited Syracuse alongside Senate Majority Leader Charles Schumer (D-N.Y.) and Sen. Kirsten Gillibrand (D-N.Y.) on Tuesday. They went to I-81, an interstate highway built decades ago that bisected the city and led to income disparities in neighboring communities. The future of the highway, which is in disrepair, has been the subject of debate for years.
“When people talk about ‘the wrong side of town,’ they’re often literally talking about a highway or a set of tracks that has served to keep a community segregated,” Buttigieg tweeted. “It's on us to right the wrongs of the past.”
Energy Secretary Jennifer Granholm spent the day in New York City to highlight new charging stations installed there. The administration has pushed for charging stations and investments in electric vehicles to be a cornerstone of infrastructure spending in a bid to reduce carbon emissions.
Biden is also doing his part to build public support for the bipartisan infrastructure package, including penning an op-ed in Yahoo News on Monday and reiterating many of its themes in the speech in La Crosse the following day.
“Neither Democrats nor Republicans got everything they wanted in this agreement. But that’s what it means to compromise and reach consensus — the very heart of democracy,” Biden wrote. “When we negotiate in good faith, and come together to get big things done, we begin to break the ice that too often has kept us frozen in place and prevented us from solving the real problems Americans face.”
Biden over the weekend walked back comments in which he said he would not sign the bipartisan bill if Democrats did not also pass a reconciliation package.
National