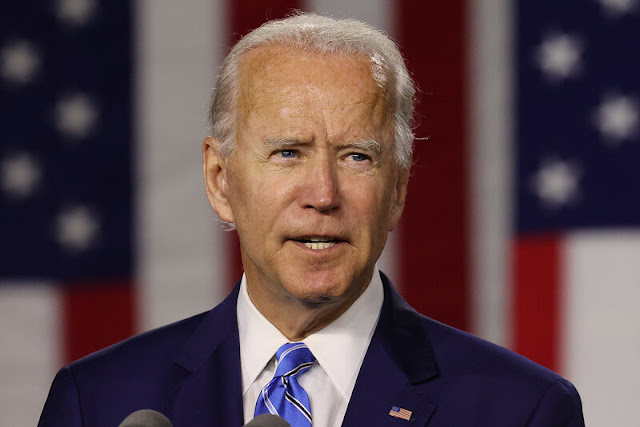 A busy afternoon of meetings between senior White House officials and Senate moderates failed to achieve a breakthrough Tuesday after senior Biden advisers made it clear they do not support several of the senators’ strategies for paying for new infrastructure investment.
Senators predicted earlier this month that whether a bipartisan infrastructure bill passes Congress this year will depend largely on whether there’s an agreement on how to pay for it, and that’s turning out to be prescient.
The prospects of a bipartisan infrastructure deal appeared to dip Tuesday after senior White House officials raised concerns over the funding sources proposed by a bipartisan group of 21 senators and resisted Republican suggestions to repurpose more in unspent COVID-19 relief funding to pay for new infrastructure projects.
“Nothing’s easy around here. The White House came in and took a bunch of pay-fors off the table,” said a senator familiar with Tuesday’s discussions.
Senior White House adviser Steve Ricchetti, National Economic Council Director Brian Deese and White House Legislative Affairs Director Louisa Terrell met with a smaller group of moderate Republican and Democratic senators in Sen. Kyrsten Sinema’s (D-Ariz.) office in the Hart Building before reconvening later in the day during votes in Sen. Rob Portman’s (R-Ohio) Capitol hideaway.
While White House officials indicated they like the idea of an infrastructure bank to leverage public funding to raise private investment for infrastructure projects, they see such financing authority as a supplemental strategy for spurring new infrastructure development and not a core strategy for funding a potential $974 billion, five-year bipartisan infrastructure package.
Senate Republican Whip John Thune (S.D.) said, “it’s gotten more complicated with the pay-fors,” after hearing from colleagues who met with senior White House staff.
“There are a number of things that they had already kind of ditched previously and I think there’s an even bigger hole now,” he added.
Senators in the bipartisan group had hoped that the discussions with senior White House officials would set up a meeting with President Biden for later in the week, but as of Tuesday afternoon no such meeting had yet been scheduled.
Instead, the White House appears to be turning its attention to setting up a budget reconciliation process that would allow Congress to pass a major infrastructure bill with only Democratic votes.
Senate Majority Leader Charles Schumer (D-N.Y.) informed Senate colleagues at a closed-door lunch Tuesday that he and Speaker Nancy Pelosi (D-Calif.) will meet with White House officials Wednesday to discuss strategy for moving a budget resolution through Congress.
Sen. Elizabeth Warren (D-Mass.), a leading progressive voice, said Democrats are planning to move forward on a major infrastructure package, with or without a bipartisan deal.
“The Senate is going to vote, so we have our plans for voting in place. We’re moving forward whether the bipartisan group has a deal or not,” she said.
Sen. Jon Tester (D-Mont.), a moderate who has endorsed a scaled-down bipartisan infrastructure proposal, acknowledged after Tuesday’s meeting with White House officials that the talks had hit a few speed bumps. But he still described the discussions as “positive.”
“All positive, all bumpy,” he said.
Republican senators, however, didn’t seem very optimistic after leaving a nearly two-hour meeting in Portman’s office.
Pressed if she thought a deal was imminent, Sen. Lisa Murkowski (R-Alaska) shrugged her shoulders slightly, while Sen. Bill Cassidy (R-La.) described the talks with White House officials as “fantastic,” with a dose of sarcasm in his voice.
Asked if she was encouraged by Tuesday’s meetings, Sen. Susan Collins (R-Maine) said, “Well, we’re still working.”
A Senate Republican aide said moderates were expecting White House officials to give more ground, since Biden has said for weeks his preference is to pass a bipartisan infrastructure bill.
The aide noted 11 Republicans have endorsed the framework on the table, which means it has a chance of securing the 60 votes needed to overcome a filibuster, assuming Biden can unify his own party.
“It’s up to the White House to come our way. We have 11 Republicans, and they can deliver their people if they want to,” the source said.
The tough line taken by White House negotiators was expected by Democratic senators who predicted ahead of the meeting that officials would crack down on Republican proposals that don’t have much support in the Senate and House Democratic caucuses.
“I think they’re going to draw a line in the sand. Any pay-fors that affect working people or people that make under $400,000, I think the president is very strong on that,” said Sen. Debbie Stabenow (Mich.), a member of the Senate Democratic leadership.
The White House does not support indexing the gas tax to inflation or placing an annual surcharge on electric vehicles, two sources of funding outlined in the bipartisan infrastructure framework unveiled last week.
White House press secretary Jen Psaki last week instead suggested increased investment in tax enforcement to “ensure that people who are the wealthiest are paying what they should be paying in taxes.”
Psaki on Tuesday said White House officials will meet again with Senate negotiators in hopes of making more progress.
“The White House team had a productive meeting with the bipartisan Senate group working on infrastructure. While progress was made, more work remains to be done,” she said.
Psaki said another meeting was possible on Wednesday.
Ricchetti struck a more subdued tone compared to a week ago, when he described the talks as a “very cordial and productive discussion.”
On Tuesday he was less effusive, telling reporters: “Everybody’s working.” He declined to answer follow-up questions.
Ricchetti and Shalanda Young, the acting director of the Office of Management and Budget, told House Democrats last week that the White House would give Senate negotiators another 10 days to show clear progress in bipartisan talks.
National