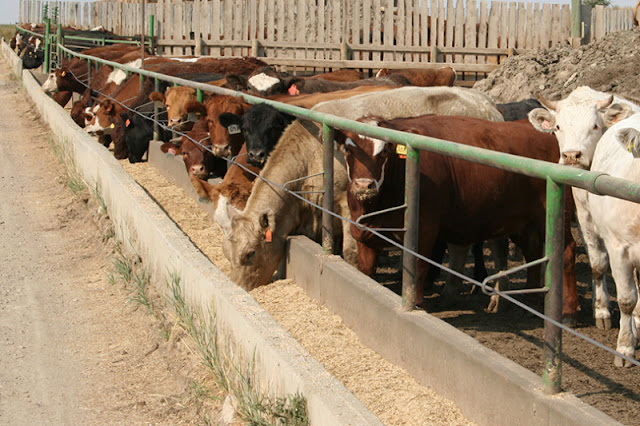 The U.S. Department of Agriculture (USDA) will begin work on three proposed rules to support enforcement of the Packers and Stockyards Act.
The 100-year-old law was designed to protect poultry, hog and cattle ranchers from unfair, deceptive and anti-competitive practices in the meat markets.
“USDA has announced that these three proposed rules are going to move forward,” American Farm Bureau Federation (AFBF) Economist Michael Nepveux said.
One of the rules the agency proposed will provide greater clarity to strengthen enforcement of unfair and deceptive practices, undue preferences and unjust prejudices.
USDA proposed a new poultry grower tournament system rule, with the current inactive proposal to be withdrawn.
USDA also will re-propose a rule to clarify that parties do not need to demonstrate harm to competition in order to bring an action under section 202 (a) and 202 (b) of the Packers and Stockyards Act.
“The pandemic and other recent events have revealed how concentration can take a painful toll on independent farmers and ranchers, while exposing working family consumers to higher prices and uncertain output,” U.S. Secretary of Agriculture Tom Vilsack said. “The Packers and Stockyards Act is a vital tool for protecting farmers and ranchers from excessive concentration and unfair, deceptive practices in the poultry, hog, and cattle markets, but the law is 100 years old and needs to take into account modern market dynamics. It should not be used as a safe harbor for bad actors. The process we’re beginning today will seek to strengthen the fairness and resiliency of livestock markets on behalf of farmers, ranchers and growers.”
The planned Packers and Stockyards Act proposals will support USDA’s efforts to ensure fairer and more resilient markets for farmers and ranchers. In the last five years, stresses and disruptions caused by concentration in livestock markets have impacted not only producers, but consumers, as well.
AFBF supports two bills related to the cattle industry that are currently before Congress—The Cattle Market Transparency Act of 2021 and The Optimizing the Cattle Market Act of 2021.
“The bills do require that USDA institute a mandatory minimum level of negotiated cash trade for cattle. From AFBF’s perspective, it’s very important that that is done on a regional basis, if you are going to have any kind of mandate,” Nepveux said. “Other aspects in the bills that AFBF considers helpful is that one is going to look into establishing a contract library, which would help producers have a better understanding of what kind of contracts are out there, and they’d have more information in negotiating their own contract with packers, as well.”
Local