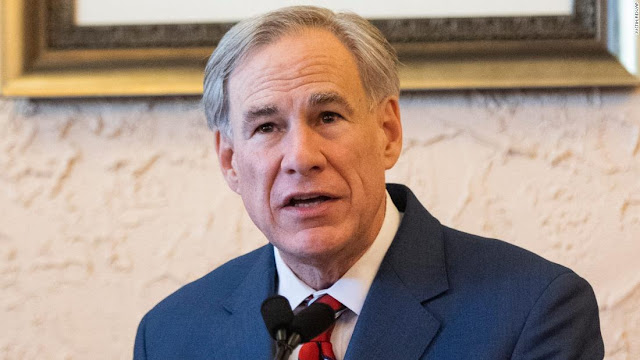 Texans are split on whether the state’s Republican Gov. Greg Abbott deserves a third term in office, according to a new Quinnipiac University poll released on Wednesday.
Forty-six percent of Texas voters support Abbott’s 2022 reelection bid, while 48 percent say it's time for him to go.
Abbott has been a fixture in Texas state government for 25 years, serving first on the state Supreme Court before a more-than-decade-long stint as Texas state attorney general.
He has gained a national reputation as a conservative firebrand. But over the past year, Abbott has faced criticism from some on the right over restrictions imposed last year to stop the spread of COVID-19.
That backlash has earned him a primary challenge from former state Sen. Don Huffines. Outgoing Texas GOP chair Allen West is also believed to be preparing a statewide run next year, though he has not said which office he will seek.
Still, Abbott’s support among Republicans remains strong: 82 percent say that he deserves to be elected to another four years in the governor’s mansion. But the vast majority of Democrats – 88 percent – and half of independents believe that Abbott does not deserve another term.
Meanwhile, 48 percent of Texas voters surveyed say they approve of Abbott’s job performance, compared to 46 percent who disapprove, according to the Quinnipiac poll. While that puts the Texas governor slightly above water, it marks Abbott’s highest disapproval rating since 2018.
When it comes to former Rep. Beto O’Rourke (D-Texas), who hasn’t ruled out a run for Texas governor, a slight majority of Texas voters – 52 percent – say they don’t want to see him mount a bid for the governor’s mansion, while 41 percent said otherwise.
Among Democrats, there’s more support for a possible O’Rourke run, with 77 percent saying they’d like to see him mount a campaign for governor. Independents, however, were largely split, with 50 percent saying that he shouldn’t run and 45 percent saying he should.
The Quinnipiac poll is based on live interviews with 1,099 registered Texas voters conducted via cell phone and landline from June 15-21. It has a margin of sampling error of plus or minus percentage points.
Texas