Ted Cruz: Critical race theory is as racist as 'Klansmen in white sheets' 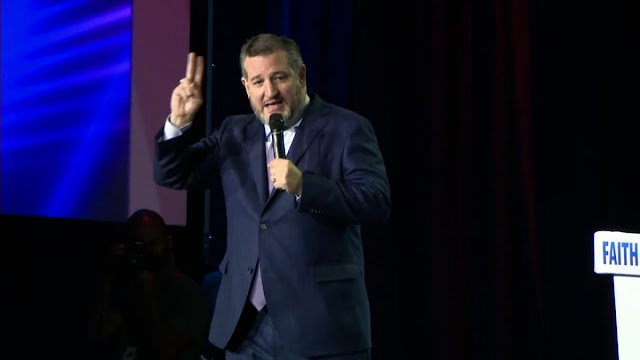 Sen. Ted Cruz (R-Texas) slammed critical race theory during a speech Friday at the Faith and Freedom Coalition Road to Majority Conference, calling it "bigoted."
"It is a lie," the Republican Texas senator said of critical race theory, which advances the idea that students should learn about how race and racism has affected American society in the past and present day. "And it is every bit as racist as a Klansmen in white sheets."
"Critical race theory says every white person is a racist," Cruz stated. "Critical race theory says America is fundamentally racist and irredeemably racist. Critical race theory seeks to turn us against each other."
He added, "As a Christian and as an American, I love my brothers and sisters whatever skin color you are."
Cruz is one one of many Republican lawmakers and leaders who have criticized the theory, notably the teaching of it in schools.
Supporters argue advancing the theory is important so that people understand how slavery, for example, has deeply affected U.S. society throughout history, and continues to do so today.
More than 20 states, including Arizona, Arkansas and Texas, have enacted legislation to prevent it from being a part of the curriculum in public schools.
Most recently, Texas Gov. Greg Abbott (R) signed a bill outlawing the teaching of ideas associated with the theory, including that individuals bear responsibility for actions committed by people in the past because of their race.
Texas