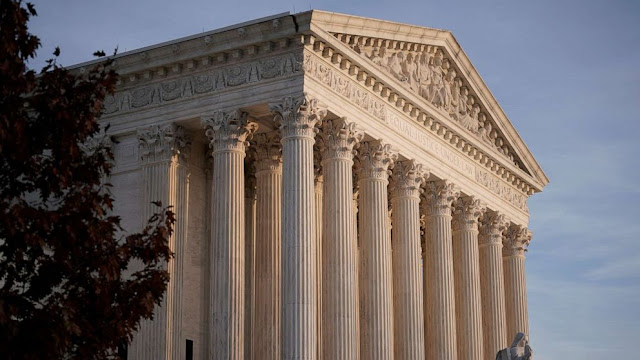 The Supreme Court unanimously ruled on Thursday that the city of Philadelphia ran afoul of religious protections when it cut ties with a Catholic adoption agency over its refusal to place foster children with same-sex couples.
Chief Justice John Roberts, writing for six members of the court, said that Philadelphia violated the First Amendment’s Free Exercise clause by rebuffing the Catholic Social Services (CSS) agency.
“CSS seeks only an accommodation that will allow it to continue serving the children of Philadelphia in a manner consistent with its religious beliefs; it does not seek to impose those beliefs on anyone else," Roberts wrote. "The refusal of Philadelphia to contract with CSS for the provision of foster care services unless it agrees to certify same-sex couples as foster parents cannot survive strict scrutiny, and violates the First Amendment."
All nine justices agreed with the judgment, but several wrote separate concurring opinions, including Justices Amy Coney Barrett, Samuel Alito and Neil Gorsuch.
The decision continues the conservative-majority Supreme Court’s trend in recent years of giving a largely sympathetic audience to groups seeking exemptions from the law on religious grounds.
The dispute arose when Philadelphia stopped working with the foster agency after learning the group’s religious convictions barred it from placing children in the homes of gay and lesbian couples and determined the agency's refusal violated the city's nondiscrimination ordinance.
A lower federal appeals court had ruled against the agency, finding that Philadelphia had acted lawfully by enforcing its nondiscrimination policies.
But the Supreme Court’s ruling Thursday reversed the lower court. Roberts, in his opinion, wrote that the city had placed an unlawful burden on the Catholic agency.
“[I]t is plain that the City’s actions have burdened CSS’s religious exercise by putting it to the choice of curtailing its mission or approving relationships inconsistent with its beliefs,” Roberts wrote.
The majority concluded that Philadelphia’s interest in ensuring the equal treatment of prospective foster parents and foster children, while strong, was not a sufficient reason to deny the Catholic group an exception from its policy.
Although the ruling was a victory for religious rights advocates, the court stopped short of fundamentally reshaping its approach to religious liberty disputes, to the chagrin of the court’s most steadfast conservatives.
Alito, in a 77-page concurring opinion joined by Thomas and Gorsuch, criticized the majority's reasoning and said he would have used the case to upend the court’s longstanding precedent on Free Exercise claims.
“After receiving more than 2,500 pages of briefing and after more than a half-year of post-argument cogitation, the Court has emitted a wisp of a decision that leaves religious liberty in a confused and vulnerable state,” Alito wrote. “Those who count on this Court to stand up for the First Amendment have every right to be disappointed — as am I.”
National