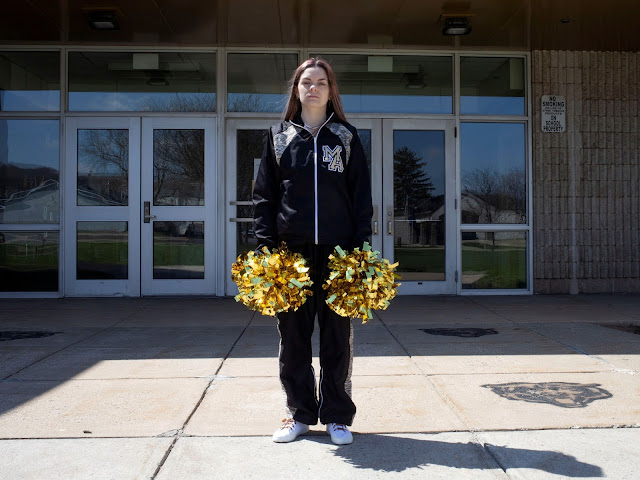 The Supreme Court on Wednesday sided with a teen student who claimed her school district violated the First Amendment by punishing her for a profanity-laced social media post she sent while away from school grounds ripping her rejection from the varsity cheerleading squad.
The 8-1 ruling is likely to have major implications for student speech rights in a social media age that has blurred the line between on- and off-campus speech.
Justice Stephen Breyer, writing for the majority, avoided drawing sharp geographical boundaries around school officials’ authority, noting that schools retain an interest in regulating some student speech that occurs away from campus, including bullying, threats and violations of academic policies.
But he said that “courts must be more skeptical of a school’s efforts to regulate off-campus speech, for doing so may mean the student cannot engage in that kind of speech at all” if the speech in question is prohibited on school grounds.
Justice Clarence Thomas dissented from the majority opinion.
The dispute arose after Brandi Levy, a high school freshman at the time, posted an expletive-filled social media message airing frustration over her rejection from the cheerleading squad.
“F--- school f--- softball f--- cheer f--- everything,” the 14-year-old wrote in a 2017 post on Snapchat alongside a picture of herself and a friend with raised middle fingers. Levy sent the Snap on a weekend while at a convenience store.
The post eventually made its way to the school’s cheerleading coaches, who suspended Levy from the junior varsity cheering squad for a year, prompting her lawsuit against Mahanoy Area High School in rural Pennsylvania.
A panel of judges on the Philadelphia-based Third Circuit Court of Appeals sided with Levy, finding that the school exceeded its authority by disciplining off-campus student speech.
Although Wednesday’s ruling affirmed the Third Circuit panel’s judgment, the justices did so on narrower grounds.
“Unlike the Third Circuit, we do not believe the special characteristics that give schools additional license to regulate student speech always disappear when a school regulates speech that takes place off campus,” Breyer wrote. “The school’s regulatory interests remain significant in some off-campus circumstances.”
Breyer said that as a general matter, school officials’ power to regulate off-campus speech is diminished when compared to the authority they possess at school. But he added that similar disputes over student speech would have to be determined by courts on a case-by-case basis.
Thomas, in dissent, accused the majority of relying on “vague considerations” in deciding the case for the student, while ignoring 150 years of history that supported the cheerleading coach’s decision to discipline Levy.
“A more searching review reveals that schools historically could discipline students in circumstances like those presented here,” Thomas wrote. “Because the majority does not attempt to explain why we should not apply this historical rule and does not attempt to tether its approach to anything stable, I respectfully dissent.”
National