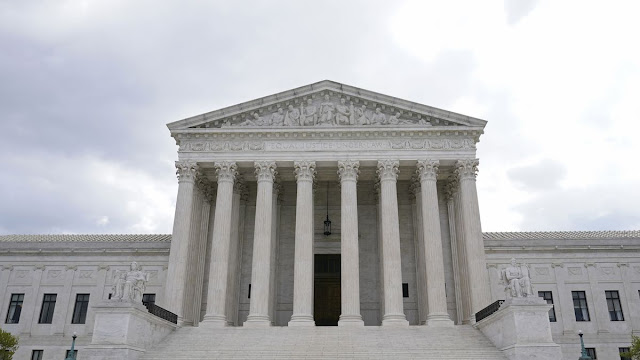 The Supreme Court on Wednesday declined to grant police more authority to enter the home of a fleeing suspect following a minor offense.
The unanimous ruling adopts a legal test that involves weighing the circumstances of a warrantless search to determine its lawfulness under the Fourth Amendment.
“The question presented here is whether the pursuit of a fleeing misdemeanor suspect always — or more legally put, categorically — qualifies as an exigent circumstance. We hold it does not,” wrote Justice Elena Kagan. “A great many misdemeanor pursuits involve exigencies allowing warrantless entry. But whether a given one does so turns on the particular facts of the case.”
All nine justices agreed to overturn a California court ruling which found that a California officer’s entry into a suspect’s garage without a search warrant was permissible. But four of the more conservative justices wrote or signed onto concurring opinions advancing separate legal arguments.
The case arose from a 2016 encounter late one evening in Sonoma, Calif., between motorist Arthur Lange and officer Aaron Weikert, a highway patrolman. Weikert spotted Lange driving his station wagon with the windows rolled down and loud music playing, and observed Lange honking his horn several times for no apparent reason.
The officer began to follow Lange, intending to pull him over for a misdemeanor noise infraction. Weikert trailed Lange to his home, activating his squad car’s overhead lights as Lange approached his driveway.
Lange, who says he did not see the officer, parked in his garage and began to close the door. Weikert exited his patrol car and stuck his foot under the lowering garage door, forcing it to reopen. He then walked into Lange’s garage.
The officer said he smelled alcohol and conducted a sobriety test. Lange’s blood-alcohol level was found to be more than three times the legal limit. He was charged with driving under the influence and his license was suspended.
Lange filed a lawsuit requesting that the DUI charge be dismissed. He argued that the officer’s entry into his garage without first securing a warrant violated the Fourth Amendment’s prohibition on unreasonable searches and that any evidence Weikert gleaned from the illegal search should be tossed.
The California courts disagreed and ultimately upheld Lange’s conviction. They ruled that Weikert was justified in forgoing a warrant in order to follow Lange into his garage. The reason: Weikert had probable cause to arrest Lange for failing to stop after the officer activated his overhead lights, a misdemeanor offense of disobeying a police order.
The officer’s entry to Lange’s property was excused from the Constitution’s warrant requirement, the California courts said, because Weikert had been in close pursuit of a suspect believed to be in the act of fleeing.
Lange appealed to the U.S. Supreme Court, arguing that the so-called hot pursuit exception to the Fourth Amendment should apply only in cases of suspected felonies, not minor offenses. The California attorney general's office largely embraced Lange’s position before the justices.
The justices tapped an outside lawyer, Amanda Rice of the law firm Jones Day, to advocate in February’s oral arguments against Lange in favor of a broader exception to the warrant requirement, a position that was also supported by the U.S. Department of Justice.
The case will now return to California state court for further proceedings.
National