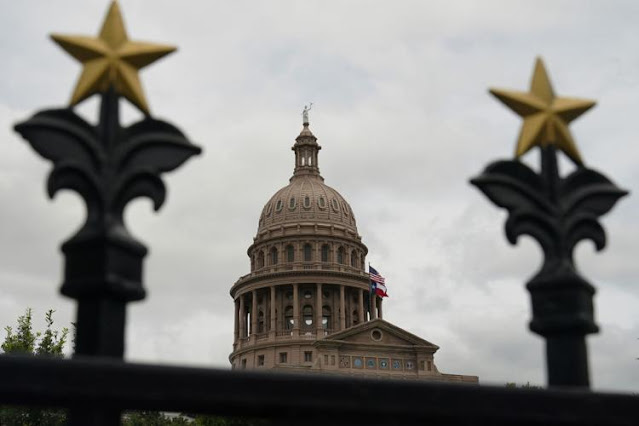 By Bethany Blankley
Several election-related bills are headed to Texas Gov. Greg Abbott's desk after being passed by both legislative chambers.
One bill that passed, House Bill 574 filed by Rep. Greg Bonnen, R–Friendswood, creates two new classes of election fraud offenses: intentionally counting invalid votes and failing to count valid votes, making them second-degree felonies. The bill passed 24-6 in the Senate and 94-48 in the House.
A second bill that passed, House Bill 2283, filed by Rep. Phil King, R–Weatherford, limits how funding is used to impact elections in Texas. It limits private donations made to county officials to be used to administer elections to $1,000 per donor unless otherwise approved by the secretary of state, governor, lieutenant governor, and speaker.
King filed the bill after witnessing how Facebook CEO Mark Zuckerberg’s personal donations of roughly $400 million through nonprofit organizations like the Center for Tech and Civic Life influenced elections in Democrat-controlled counties nationwide, including Dallas and Harris counties. Money was given in the form of grants to distribute to local election officials in Democratic-run cities and “to combat disinformation” about the 2020 election.
Dallas County received $15 million, the largest grant awarded, while Harris County received $9.6 million from Zuckerberg’s nonprofits.
The bill passed the House by a vote of 96-50 and the Senate by a vote of 18-13.
Another bill, Senate Bill 598, filed by Sen. Lois Kolkhorst, R–Brenham, received the most bipartisan support. It requires all Texas voting systems to produce auditable paper trails by September 2026. It also initiates risk-limiting audits and offers state funds to help counties buy or upgrade equipment. And it also clarifies that voting systems cannot connect to a wireless network or allow wireless communication. The bill unanimously passed the Senate and passed the House by a vote of 136-8.
Two bills proposed by Sen. Paul Bettencourt, R–Houston, passed. Senate Bill 1111 requires voters to register their physical place of dwelling as their voter registration address, not at a post office box or commercial address. It also prohibits individuals from establishing residency to influence the outcome of an election.
Bettencourt filed the bill after discovering that many voters registered at UPS stores and private mailboxes and cast votes where they did not physically live. The bill passed the Senate by a vote of 18-13 and passed the House by a vote of 81-65.
Another Bettencourt bill, Senate Bill 1113 authorizes the secretary of state’s office to withhold state funding from county election officials who fail to follow rules for canceling registrations of ineligible voters. It passed the Senate by a vote of 20-11 and the House by a vote of 97-46.
Lawmakers also passed a bill election integrity advocates oppose. House Bill 2149, which was incorporated as an amendment into another bill that passed, HB 3107, filed by Sen. Drew Springer, R–Muenster. It legalizes mobile voting or “rolling polling,” which a federal court ruled against last month.
Despite the court’s ruling, Republican Rep. Travis Clardy of Nacogdoches proposed the measure, which allows a polling place to temporarily and repeatedly move from location to location during an early voting period instead of having one non-mobile location that everyone can access.
It applies to rural counties with less than 100,000 residents. Critics note this applies to the majority of the state. More than 200 of Texas’ 254 counties have less than 100,000 residents. Clardy’s bill was added as an amendment to another bill filed by Sen. Drew Springer, R–Muenster. The bill allows rural counties to move temporary polling places every two days.
Since Gov. Abbott listed election reform as a legislative priority, it remains unclear if he will sign HB 3107.
Texas