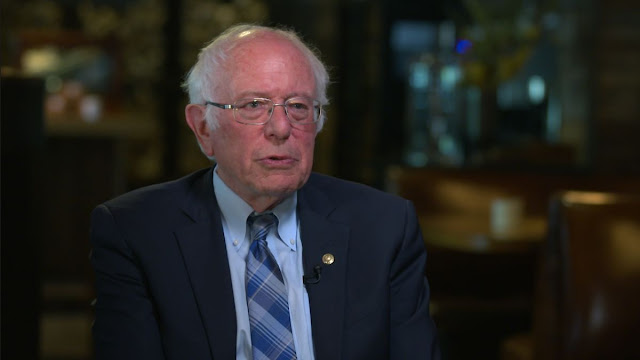 Senate Budget Committee Chairman Bernie Sanders (I-Vt.) confirmed to reporters Thursday that Senate Democrats are discussing a $6 trillion budget reconciliation proposal that would also expand Medicare and lower the cost of prescription drugs.
Sanders on Thursday said the proposal builds on President Biden’s American Jobs Plan and American Families Plan.
“Yeah, absolutely,” Sanders said when asked whether Democrats are discussing going it alone on a proposal as big as $6 trillion.
“The president has given us a framework, I think it’s a comprehensive and serious framework. It is the function of the Congress now to take that framework and go with it. I think it is absolutely imperative that we deal with the existential threat of climate change, that we lower the cost of prescription drugs, that we make sure elderly people can chew their food because we expand Medicare to dental care, hearing aids and eyeglasses,” Sanders told reporters.
Sanders said the goal of the reconciliation package would also address what he called the “housing crisis.”
“I think it’s unacceptable that we have a half a million people sleeping out in the streets in America because we have a major housing crisis. What the president has said is we ought to take a comprehensive look at the crises facing this country and that’s what we’re going to do,” he added.
Sanders confirmed the goals of the proposal include expanding Medicare eligibility and lowering the cost of prescription drugs.
“Everything is in movement. This is a proposal, it’s a draft, it’s going to change every day,” he said.
Sanders also confirmed that members of the budget committee are also discussing including an immigration reform component in the reconciliation package.
“Immigration reform and moving to comprehensive immigration reform [is] something that’s been talked about for a very long time,” he said. “We’re working with the White House.”
National