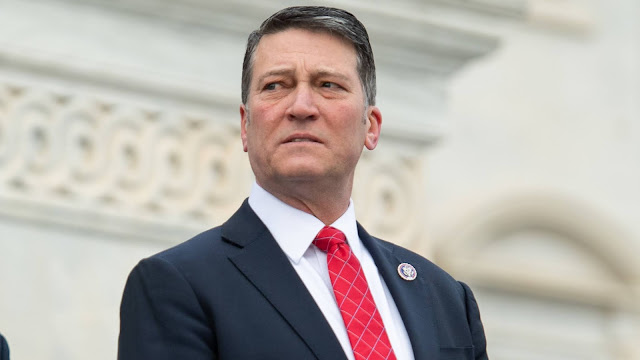 Rep. Ronny Jackson (R-Texas) said Thursday he is circulating a letter among House GOP colleagues that calls on President Biden to take a cognitive test to prove he is mentally fit to be commander in chief.
Jackson began collecting signatures for his letter this week during GOP meetings and House votes. In a tweet, Jackson confirmed that he sent the letter to Biden; Biden's physician, Kevin O'Connor; and Anthony Fauci, chief medical adviser to the president.
"Given the precedent set and President Biden’s CLEAR mental struggles, I believe it’s past time he take a cognitive test. I sent a letter to him saying just that!" Jackson posted on Twitter.
“Just everything that has been going on for the last year and a half … [Biden] doesn't know what's going on, where he's at. He's very confused all the time,” Jackson said.
Jackson, who served as White House physician for both former Presidents Obama and Trump, has never treated or evaluated Biden, but he’s been attacking Biden’s cognitive abilities since last year’s presidential campaign.
In October, Jackson joined a Trump campaign call with reporters and said he was convinced, based on campaign gaffes, that Biden “does not have the mental capacity, the cognitive ability to serve as our commander in chief and head of state.”
Biden turned 78 on Nov. 20 and made history this year by becoming the nation's oldest president. But he’s maintained a rigorous schedule since winning the White House.
Just this week, on his first international trip as president, Biden got reacquainted with Group of Seven allies in England; reassured NATO allies in Brussels that “America is back!”; and joined a three-hour summit with Russian President Vladimir Putin in Geneva.
Over Memorial Day weekend, he rode bikes with first lady Jill Biden for her birthday in Delaware.
White House officials said last month that Biden is scheduled to take an annual physical exam “later this year” and will make the results publicly available. They declined to comment Thursday.
Jackson pointed out that Trump established a precedent for Biden to take a cognitive test. Amid criticism from Democrats that Trump was mentally unfit to be president, Trump last summer said he took a cognitive test at Walter Reed Army Medical Center and had “aced it.”
“So my point is that President Trump had to submit to that, even when I was his physician. I mean, the precedent’s already been set,” Jackson, a retired Navy rear admiral, said. “We did it and President Trump did it. And Biden, in his position, and his medical team, need to follow the lead now.”
Local