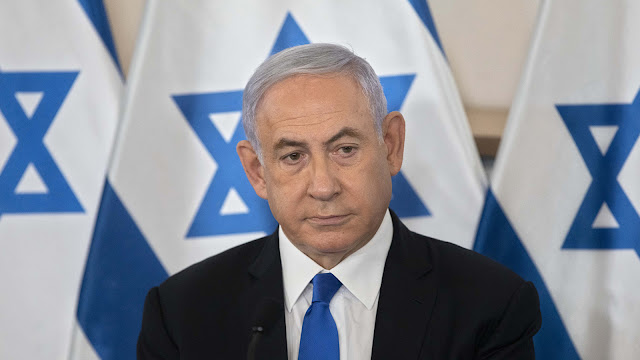 Israeli Prime Minister Benjamin Netanyahu was ousted from office on Sunday when Israeli lawmakers voted to install a new government.
It will the the first time in 12 years the country will be led by someone other than Netanyahu.
Israel's parliament approved the new power-sharing government led by Naftali Bennett, the Orthodox leader of Israel’s religious-nationalist movement and a former Netanyahu aide, in a close vote of confidence, 60-59 with one abstention, according to The New York Times.
The vote brings an end to Netanyahu’s long reign in Israel and marks the culmination of four elections the country has held in two years that failed to conclusively determine a ruling majority.
Netanyahu’s Likud-run government will now be replaced with a hodgepodge of Israeli parties that came together around the prospect of removing the sitting prime minister, despite their limited agreement on a number of policy issues.
The effort to oust Netanyahu by stitching together a coalition was spearheaded by Yair Lapid, the leader of the centrist Yesh Atid party.
His party teamed up with a number of right-win parties, including Bennett’s Yamina party, in addition to the Raam party, which will now become the first Arab party to be part of a ruling coalition.
“We are incapable of sitting together — what is happening to us?” Bennett said during the meeting of parliament over boos and catcalls, according to The Washington Post.
“I am proud of sitting with people with who have very different opinions. We have decided to take responsibility,” he added.
Netanyahu in a tweet shortly after the vote vowed to return, and told his supporters to not let their spirit fall.
Lapid, who will serve as prime minister in two years after Naftali as part of the coalition’s platform, celebrated the change in a tweet Sunday.
President Biden congratulated Bennett, Lapid and the members of the new Israeli cabinet shortly after the vote on Sunday, and said his administration is “fully committed” to working with the new Israeli government on a list of issues, including advancing security, stability and peace for Israelis, Palestinians and others living in the region.
“On behalf of the American people, I congratulate Prime Minister Naftali Bennett, Alternate Prime Minister and Foreign Minister Yair Lapid, and all the members of the new Israeli cabinet. I look forward to working with Prime Minister Bennett to strengthen all aspects of the close and enduring relationship between our two nations,” Biden said in a statement.
“Israel has no better friend than the United States. The bond that unites our people is evidence of our shared values and decades of close cooperation and as we continue to strengthen our partnership, the United States remains unwavering in its support for Israel’s security,” Biden added.
World