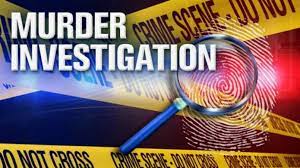 Late Saturday night, the Pampa Police Department received a 911 call from the 1300 block of Russell Street in reference to a subject being shot.
Initial information given to Pampa PD, was that the victim accidentally shot himself.  The victim, Hugo Mendoza, 29, of Pampa, was taken to the Pampa Regional Medical Center where he was later pronounced deceased by Justice of the Peace Connie Ogle.  An autopsy was ordered.
People who were on scene of the incident were interviewed.  After further investigation by the Pampa Police Department Criminal Investigations Division, it was determined the victim was actually shot by Alan Abisaie Arambula, 25, also of Pampa.
Arambula was placed under arrest and transported to the Gray County Jail where he was charged with Criminal Negligent Homicide.  This case is still under investigation.
Local