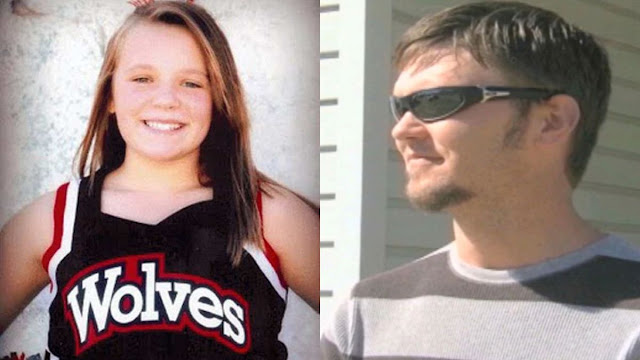 It has been 11 years since 13-year-old Hailey Dunn vanished from Colorado City. On Monday, the person of interest in the case was arrested in Howard County and charged with murder. He is being held on a $2 million bond.
Texas Rangers tell confirmed to High Plains Pundit that Shawn Adkins was arrested and charged in connection to Hailey Dunn’s murder.
Dunn disappeared in December of 2010 when she was just 13 years old. Nearly three years later she was found near Lake J.B. Thomas in Scurry County.
Through the years, Adkins has only been a person of interest. Adkins was Hailey’s mother’s boyfriend at the time of her disappearance.
TIMELINE OF EVENTS
December 27th, 2010: Hailey Dunn goes missing. Shawn Adkins, Hailey’s mother’s boyfriend, is the last to see Hailey. He tells authorities Hailey was going to go to a friend’s house, but she never made it.
January 4th, 2011: Texas Rangers and the FBI get involved in the disappearance of Hailey. Authorities say the friend Hailey was supposedly going to visit says she was never expecting Hailey.
January 6th, 2011: Billboards with Hailey’s picture and missing information are put up across parts of Texas. On this same day, Billie Jean Dunn, Hailey’s mother, admits she and Adkins failed lie detector tests concerning Hailey’s whereabouts.
January 12th 2011: New documents are revealed and Adkins becomes a person of interest in the case. Affidavits say Adkins had previously threatened Billie and Hailey’s life back in February of 2010. Documents about serial killers were also found in Billie’s home where Adkins lives.
January 15th, 2011: Cadaver dogs search the landfill in Abilene for human remains, but nothing is found. Authorities later search the landfill in Big Spring, the town where Adkins’ mother lives.
January through February: Prayer vigils and searches continue in Colorado City. Searches by volunteers are hindered for several weeks due to freezing temperatures.
February 25th 2011: Authorities find thousands of pictures of child pornography on a memory stick found in Billie’s home and a computer in Adkins’ mother’s home.
March 17th 2011: Billie admits she lied to police about Adkins’ whereabouts. She is taken into custody.
March 30th, 2011: Colorado City authorities hold a press conference saying they are investigating the case as if Hailey is deceased or under duress.
June 15th 2011: Billie is given a year of probation. Reports say she and Adkins moved to Austin.
June 19th 2011: Search efforts by volunteers dwindle as time goes by.
December 27, 2011: One year has passed since Hailey went missing.
March 16, 2013: Remains found near Lake J.B. Thomas southwest of Snyder.
April 26, 2013: Scurry County officials confirm identity.
Local