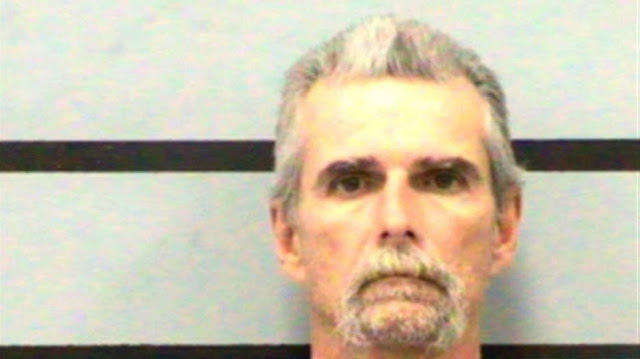 A Lubbock man has now been charged with capital murder for the 2015 deaths of Jessica Ann Payton and Shawn Summers in October 2015 at Buffalo Springs Lake.
Bethel’s bond has been set at $200,000 for each murder. If convicted, he faces life without the possibility of parole, or death. He was previously indicted in 2015 on two separate murder charges; one for Summers and one for Payton. The new indictment says on October 31, 2015, Bethel knowingly caused the death of Payton and Summers by shooting them both. “...and both murders were committed pursuant to the same scheme or course of conduct, but during different criminal transactions,” the indictment reads.
The arrest warrant for now 59-year-old Mark Anthony Bethel, which was released in 2015, gives details of what investigators believe happened that Halloween night.
Jessica Ann Payton, 35 and Shawn Dehn Summers, 37 were killed on Halloween in 2015. (KCBD NewsChannel 11)
Payton’s body was found in a small body of water in the area of CR 3600 & E CR 7300. The call was received at 11:31 p.m. on Halloween, from an unidentified person who made the discovery. Payton’s body was wrapped in a comforter bound by electrical tape and a white plastic bag around her head. Her body had been weighted down by a chain and cinder blocks.
A witness called and reported to police a total of four gunshots were heard from a residence where Payton and Bethel lived in the late afternoon on October 28, 2015. The witness says two gunshots were heard and someone yelled, “Shut the f*** up!”, after that, someone closed the curtains and two more shots were heard.
Police went to the home after receiving the call, but no one answered the door.
Summers’s body was found after a call of “shots fired” that was received at 9:20 p.m. Halloween night in the 8500 blk. of Ash Ave, SE Lubbock County, in which the male caller believed to be Summers stated that he thought he “might have been shot” and that he was in the area of 82nd St. and Ash Ave. The call was disconnected and no further contact with this caller was established. Initial responding officers searched the area but were unable to locate Summers or the exact location of the reported incident.
Shortly before Midnight, Halloween, the Sheriff’s Office was notified of a vehicle fire on E 19th St., approximately 1.5 miles east of Loop 289 in east Lubbock. It was there that an unidentified body was discovered inside the fully engulfed vehicle. The vehicle had sustained several bullet holes. That body was later identified as Shawn Dehn Summers.
Bethel and Payton were in a relationship and lived together. The arrest warrant reveals text messages between Payton and Summers stating that they were involved in a romantic relationship and that Payton was pregnant with Summers’s child.
On Wednesday, November 4, police executed a search warrant for Payton and Bethel’s residence on Pony Express Trail in Buffalo Springs Lake. Officers found evidence including a pair of pillow shams that was found to be a match to the comforter that Payton’s body was wrapped in when her body was discovered.
Police also noted that the living room carpet had been removed but carpeting was still in all of the bedrooms.
Investigators went to Bethel’s place of employment where he was asked to come to the Criminal Investigators Division of LSO. Bethel waived his rights and agreed to talk to investigators. He also signed a consent to search for his Samsung cell phone.
Investigators performed a cellular data extraction on Bethel’s phone. They found deleted text messages between Bethel and ‘Baby’, who is believed to be Payton, dating up to October 27, 2015.
During the interview with Bethel, he told investigators that he had not seen Payton in two weeks since she left and took his money. Police say this did not coincide with the text messages Bethel had deleted from his cell phone.
David Bethel, who is Mark Bethel’s cousin, pleaded guilty to the murder of Shawn Summers and was sentenced to 40 years in prison. He spent 39 months in jail prior to his conviction and was given credit for his time served.
Local