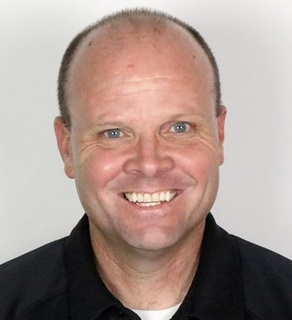 Josh Prock was introduced as the new head coach of West Texas A&M women's basketball on Tuesday afternoon.
"I am very humbled and honored to be named the head women's basketball coach of such a historic women's basketball program at West Texas A&M. I want to thank Dr. Wendler, Michael McBroom, and the entire search committee for entrusting me with this position," Prock said. "West Texas A&M is one of the top women's basketball traditions in the entire nation, and this is a position that my family and I are super excited to lead. We are looking forward to getting started and have thoroughly enjoyed getting to know all the young ladies on the current team and all the people of West Texas A&M.  It is such a first-class institution, and we will give it our all every day. We know the supporters of Lady Buff basketball are very passionate about the program, and we are looking forward to putting a product on floor that everyone can be proud of day in and day out. Everyone can expect our team to be involved in the various aspects of the university and community of Canyon. The tradition of West Texas A&M athletics is one of excellence, and we are going to work every day to contribute to that excellence."
Prock is no stranger to the Lone Star Conference as he spent eight seasons as the head coach at Eastern New Mexico leading the Greyhounds to their only three NCAA Tournament appearances in program history. Over the past four seasons, he accumulated a record of 77-41 including ENMU's first LSC Championship in program history in 2016-17 where he was named the league's Coach of the Year.
"My family and I want to thank all the people at Eastern New Mexico University and the communities of Portales and Clovis. We arrived at ENMU eight years ago, and everyone accepted us like we were their family," Prock added. "We have lifelong friends there that we will never forget.  We are grateful for the support and belief of the administration at ENMU from Dr. Steven Gamble, Dr. Jeff Elwell, and Dr. Patrice Caldwell along with all the athletic directors we have had from Dr. Jeff Geiser, Dr. Greg Waggoner and Matt Billings. We are thankful for you all and what you did for our family. We are looking forward to getting started and getting to know everyone."
Prior to joining the Division II ranks in 2013, Prock was the head coach at Howard Payne for five seasons posting an impressive record of 108-31 (.770). He was twice named the American Southwest Conference West Division Coach of the Year while coaching two All-Americans, five all-region selections and a pair of ASC Players of the Year. His program was equally impressive in the classroom with 13 Academic All-ASC honorees.
He also spent time at Billy Ryan High School in Denton and was an assistant in Kentucky Wesleyan for two seasons. He began his coaching career in 2001 at the University of Oklahoma as a graduate assistant under head coach Kelvin Sampson.
Prock will be joined in Canyon by his wife, Angie. The couple has three children – Nolan, Jenna and Colton.
Local