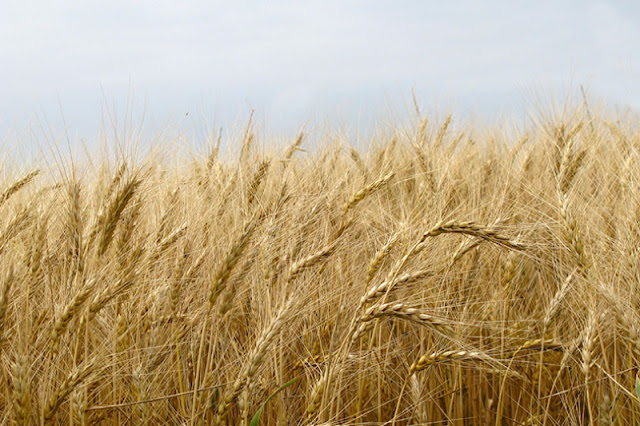 By Jennifer Whitlock
Republican leaders of the Select Revenue Measures Subcommittee of the U.S. House Committee on Ways and Means recently held a meeting to discuss the ramifications of proposed changes to inheritance tax codes on family-owned farms, ranches and small businesses.
Repealing the step-up in basis provision in tax law would create many problems for those who produce our nation’s food and fiber. In short, these proposed tax increases would be disastrous for American farmers, ranchers and family business owners, said Nebraskan Rep. Adrian Smith, who co-hosted the meeting with Texas Rep. Kevin Brady.
“We’re already seeing how the prospect of raising taxes is sabotaging our economic recovery [from the COVID-19 pandemic] and undermining the growth of the country,” Brady said.
In his opening remarks, Brady noted House Republicans and Democrats have publicly expressed concern that the stepped-up basis repeal bill is “targeting working families’ farms, ranches and small businesses.”
The estate plans of Texas family farms and ranches are in jeopardy, according to Texas Farm Bureau (TFB) District 1 State Director Pat McDowell. He testified before the committee regarding his family’s issues with the troubling proposals.
Thirty years ago, McDowell’s parents gifted some of their land near Shamrock to McDowell and his brothers. More land was purchased by the brothers from other relatives and neighbors to increase the farm to its current size. Today, McDowell said the value of the land is at least three to four times more than what they paid for it.
McDowell and his brothers plan to pass their farm and ranch to his niece and her husband, because they have an interest in carrying on the family business.
“We have spent considerable time and expense in estate planning using the concept of stepped-up basis. It is not our plan, nor my niece’s plan, to sell any of the land now or in the immediate future. But if our kids have financial problems at some point down the road, they can sell portions of the land to cover the losses,” he said. “If they do not receive the step-up in basis in the land at inheritance, they will have to sell land to pay this new tax. If much land is sold, the entire ranch becomes uneconomical. Losing stepped-up basis would be a slow death to our ranch.”
And stepped-up basis isn’t just about land.
McDowell noted his cattle and farming equipment are in the crosshairs, too. He gave the example of an heir selling a cow for $500. Without stepped-up basis, the heirs would owe the Internal Revenue Service (IRS) $100 (or 20%) in capital gains tax. He said the extra taxes accrued on livestock and equipment would be a huge hit to the ranch’s bottom line.
Even farmland not directly owned but operated by the McDowells will be affected. He explained that many farmers and ranchers lease a large portion of their land from absentee landowners, many of whom inherited land from their own families. An unintended consequence of the repeal of stepped-up basis means they will likely lose those leased properties.
“Most of our landlords are over 70 years old. We mail annual lease checks to landowners in states as far away as Oregon, California and Illinois,” he said. “But just like us, those out-of-state landowners will be faced with the loss of stepped-up basis to their heirs. Those heirs will be getting 20% less inheritance than what they’re thinking today. What will happen to that land? We think they will sell it. And soon.”
During the meeting, Illinois Rep. Darin LaHood pointed out the major economic impact these proposals would have on farmers and family farms across the country. He cited a recent study by the Agricultural and Food Policy Center at Texas A&M University. The study showed repealing stepped-up basis and decreasing the estate tax exemption to $3.5 million would be a liability average of $1.43 million per farm of additional tax liabilities. He noted that’s a staggering amount to farm and ranch families whose assets are mainly in livestock and equipment, not the land itself.
Eliminating stepped-up basis says the American government doesn’t value family businesses, according to Michael Gilmartin, the co-owner of Commercial Creamery in Spokane, Washington. The family-owned creamery has been in business for more than a century.
It’s already difficult to carry a family business forward through the third and fourth generations, but changes to the tax code may make them impossible, he noted.
“My job has been to protect and grow the business and pass it on to the next generation. If there’s new legislation that eliminates the stepped-up basis, it makes my death a taxable event,” Gilmartin said. “There’s no way my kids can pay that tax. A tax on those shares might be more than their annual income, and you can double that if we double the capital gains rate.”
It can be hard to know which steps to take when farmers and ranchers are so uncertain of the outcome of these proposals, McDowell added. There are likely great challenges ahead if the inheritance tax increases occur, he said.
“Four generations of sweat and sacrifice allow us to have a family operation that provides a lot of food and fiber for the United States, plus a decent living for our families and employees. [My niece and her husband] know the heritage and what their grandparents and parents have done, but it’s just the unknown of the future,” he said. “Our kids want to be able to continue to help feed our nation. What’s it going to be like for her to put all her blood, sweat and tears into this and further down the road, the government wants to take it? They don’t really know what they’re working for. The loss of stepped-up basis will kill our family farms.”
Local