House Republicans to join Trump for visit to border 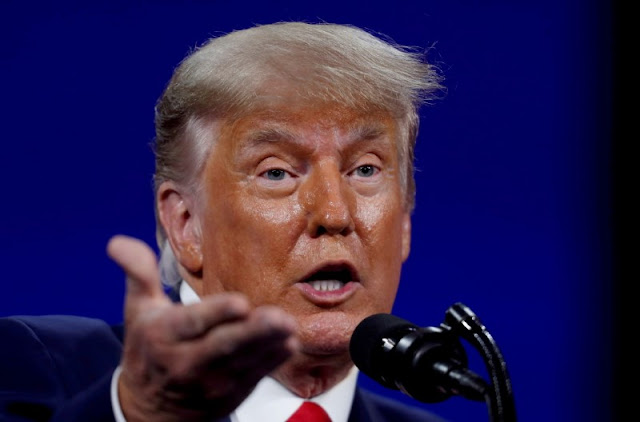 Around a dozen Republicans are scheduled to join former President Trump next Wednesday during his visit at the border.
Members from the Republican Study Committee (RSC) will join the former president at the U.S.-Mexico border, the latest sign that Republicans are maintaining a close proximity to Trump since he left office and shoring up support on an issue that they believe has been mishandled by the Biden administration.
"President Trump spent four years fixing the border. But the Biden administration broke it again, and we are now experiencing the worst border crisis in our history," RSC Chairman Rep. Jim Banks (Ind.) said in a statement Wednesday.
“That’s why the RSC has made carrying on the Trump legacy on immigration our top priority this Congress and why we are heading to the border with President Trump to explain how we can end this national embarrassment," Banks added.
A spokesperson for Banks would not confirm who was going on the trip or the trip's agenda, but said about a dozen members are going.
News of the GOP lawmakers attending the trip was first reported by Politico.
Trump announced earlier this month that he would join Texas Gov. Greg Abbott (R) for a trip to the U.S.-Mexico border.
“Our recently secured Southern Border is now worse than ever before. At no time in our Country’s history has anything so outrageous taken place,” Trump said in a statement at the time.
National