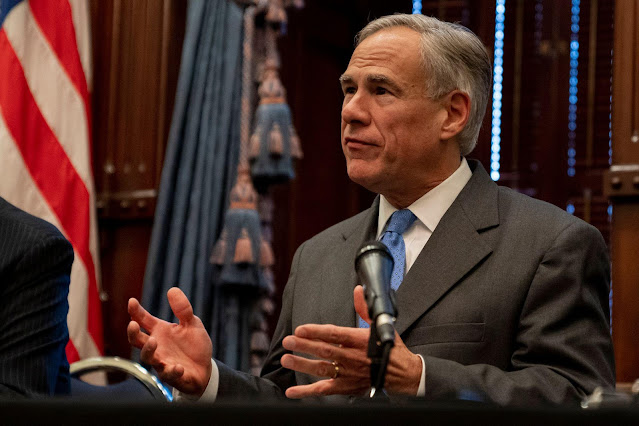 Governor Greg Abbott today announced that he will convene a special legislative session on July 8, 2021. Agenda items will be announced prior to the convening of the special session.
The governor previously announced plans to hold two separate special sessions. One of them, expected in the fall, was to be related to COVID-19 funds and redistricting. The other is believed to include revisiting a Republican-led elections bill that died when House Democrats walked off the House floor.
"First, the only things I'll be putting on there are things I want to see passed. Second, we're going to go one item at a time. There will be one item placed upon the agenda. Not until they passed that item will we move on to another item," Abbott said in May.
The governor said in May that he would continue the special sessions as long as it takes so that the bills he wants to see passed get passed.
"So if anybody tries to ... force a special session, that person will be putting their members in the Senate or the House potentially into a special session for another two years until the next regular session."
Texas Gov. Greg Abbott fired back at Lt. Gov. Dan Patrick saying only he has the authority to call for a special session and to set the agenda. NBC 5 political reporter Julie Fine reports Patrick wants to get some items passed quickly.
Last Friday, Abbott followed through on his threat and vetoed the new state budget's line item providing for legislative staff pay.
Abbott was angered when House Democrats walked out in the final hours of the regular legislative session, denying a House quorum to vote on controversial voting restrictions that Abbott had prioritized.
Abbott said legislators could add the vetoed line about their pay into legislation considered during the special session.
The governor added last month that he is confident the voting restriction legislation will get passed in a special session.
"All it takes is a majority vote. I think Republicans will agree to support it in both the Texas House and Texas Senate. I know there will be efforts to try to accommodate some of the demands," Abbott said. "But also I know this, and that is election integrity is needed especially as it concerns mail-in ballots and especially as it concerns the attempts by, in this case, a single county in the state of Texas taking upon itself the rewriting of election laws in the state of Texas despite the fact that it's the United States Constitution that gives to the states, not local counties, the authority to make voting laws. And so the state of Texas is having to rewrite laws that Harris County wrote to use in this last election to make sure that the hours are going to be maintained at the same level across the state of Texas."
Texas