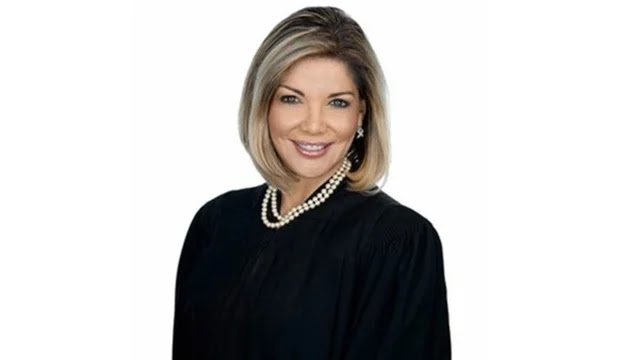 Former Texas Supreme Court Justice Eva Guzman is launching a campaign for state attorney general, jumping into an already crowded and contentious GOP primary.
Guzman, who resigned from her spot on the court last week after serving there since 2009, filed a form with the Texas Ethics Commission Friday announcing that she plans on seeking the office, according to Justin Dudley, her political consultant.
“Eva Guzman has served Texas for over 22 years honorably," Dudley said in a statement to The Hill. "She looks forward to putting her experience and know-how to work in a new role. The campaign will have a formal announcement soon."
Guzman’s campaign was first reported by The Texas Tribune.
Guzman was first tapped to the Supreme Court by then-Gov. Rick Perry (R) in 2009, making her the first Hispanic female justice to serve on the court. Her abrupt resignation, announced last week, formally went into effect on Friday.
She is the third major Republican to announce a run. Incumbent Attorney General Ken Paxton is running for a third term, and Texas Land Commissioner George P. Bush, the son of former Florida Gov. Jeb Bush (R) earlier this month launched his own high-profile challenge.
Paxton has faced criticism from both Democrats and Republicans over a years-old indictment on securities fraud charges and more recent allegations that he used his post to help a donor, opening the door to primary challenges.
"Enough is enough, Ken," Bush said at his kickoff event. "You've brought way too much scandal and too little integrity to this office."
Former President Trump’s potential involvement has loomed large over the race. Both Paxton and Bush have cast themselves as staunch allies, underscoring the former president’s lingering sway in GOP contests up and down the ballot.
“I like them both very much,” Trump said in a statement late last month. “I’ll be making my endorsement and recommendation to the great people of Texas in the not-so-distant future.”
Joe Jaworski, a former Galveston mayor, is campaigning on the Democratic side. Lee Merrit, a civil rights attorney from North Texas, has also said he’s running but has yet to reveal his party identification.
Texas