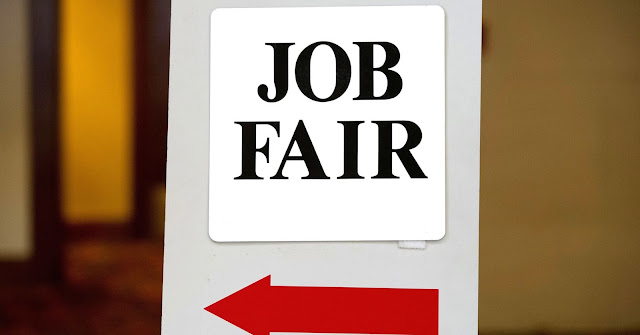 In a mild improvement over the previous month, the U.S. labor market added 559,000 jobs in May, according to Labor Department figures released Friday.
Economists had expected roughly 671,000 new jobs, a significant step up from April's disappointing 266,000.
The unemployment rate fell to 5.8 percent, from 6.1 percent the previous month.
While the job gains missed Wall Street's expectations, the May report will still be welcome news to President Biden following the much bigger miss in April, which came in at just a quarter of expected levels.
The latest figures point to a steadily improving labor market, though one that's not recovering as quickly as the administration would like.
There were 9.3 million unemployed Americans in May, a 60 percent increase from pre-pandemic levels.
"The May jobs report was a major improvement over April's, but we're still not in full-speed-ahead mode," said Robert Frick, corporate economist at Navy Federal Credit Union.
Frick noted that more than half the new jobs were in leisure and hospitality, pointing to a recovery in the economy's hardest-hit sector, as well as an uptick in hiring teachers and child care workers.
"This should have a multiplier effect on jobs in the coming months, as working parents who needed to stop or curtail working due to kids at home can resume their careers."
Labor force participation was little changed, at 61.6 percent, a figure that's likely to further fuel GOP calls to cut back on federal unemployment benefits. Republicans argue that the weekly checks, which come on top of state benefits, are keeping millions of workers on the sidelines instead of seeking employment.
In 25 states, GOP governors have announced plans to pull back a $300 weekly federal supplement to unemployment starting as soon as next week. Some have nixed other emergency programs that expanded eligibility for freelance, self-employed and gig economy workers who typically are not covered by unemployment benefits.
James McCann, deputy chief economist at Aberdeen Standard Investments, said after Friday's figures that the job pressures would likely force companies facing labor shortages to increase their wage to attract more workers.
“This is a lukewarm report that will only serve to stoke fears about labour market shortages and the implication of these for inflation," he said.
"But these pressures should ease as the vaccine rollout continues and unemployment insurance becomes less generous.”
Julia Friedlander, a deputy director at the Atlantic Council, said the overall economic picture was improving but pointed to data showing ongoing social disparities.
The unemployment rate was 7.3 percent for Hispanics and 9.1 percent for Blacks, well above the 5.1 percent rate for whites.
"Policy has yet to tackle the underlying problems of precarious employment and growing structural joblessness, and it has not undone galling setbacks experienced by women and people of color during the pandemic," she said.
"Arguments against robust job recovery legislation may prove hollow and self-defeating."
A bright spot in the report pointed to how the improving health situation was opening new doors for workers. The number of people who said they couldn't work because their employer lost business or closed down due to the pandemic dropped by 16 percent to 7.9 million.
But the data also pointed to how many people have been jobless for significant periods of time, a situation that historically has made it harder to find a job.
While the figure for long-term unemployment — people who have been out of work for more than 6 months — dropped around 11 percent to 3.8 million, it is still triple its pre-pandemic level and accounts for 40.9 percent of the total unemployed.
National