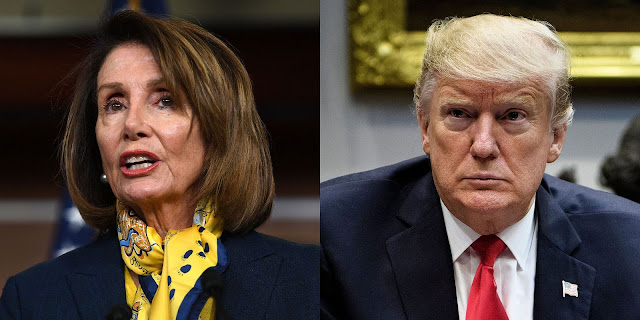 House Democrats will soon establish a special congressional committee to investigate the Jan. 6 attack on the Capitol, Speaker Nancy Pelosi (D-Calif.) announced Thursday.
“It is imperative that we seek the truth for what happened,” she told reporters in the Capitol.
The move, coming almost six months after the deadly riot, indicates that Democrats have no intention of letting Republicans stymie a comprehensive examination of the violence and what led up to it.
Pelosi declined to provide details about the composition of the committee, or who she’ll choose to lead it. But she made clear that its scope will be focused squarely on the attack of Jan. 6 — and not other incidents of political violence, as Republican leaders had demanded. And she left side open the possibility that the probe could extend into 2022, which would keep the spotlight on the role Trump and the Republicans played on Jan. 6 in an election year when the GOP likes its odds of winning back power.
“The timetable will be as long as it takes,” she said.
The select committee, to consist of lawmakers from both parties, was not the Democrats' first choice for an investigative strategy. But Senate Republicans last month blocked legislation to establish an independent panel — modeled on the 9/11 commission — to conduct the probe.
That vote prompted howls from Democrats, who have portrayed the attack — the first violent breach of the Capitol since the War of 1812 — as an existential assault on the nation's democratic processes. The siege was conducted by supporters of then-President Trump, who, moved by Trump's false claims of a stolen election, were attempting to block Congress's certification of his defeat.
Republicans had initially backed an independent investigation. But they're also eyeing gains in the House and the Senate in the 2022 midterm elections — with a shot of winning back both chambers — and they don't want to alienate Trump, who remains enormously popular with the GOP base.
The Senate blockade of the independent commission launched weeks of internal debate within the House Democratic Caucus about the best strategy forward.
Some were pushing to empower a single sitting committee, like Homeland Security, to take the investigative lead, noting that Rep. Bennie Thompson (D-Miss.), the chairman of that panel, had joined forces with ranking member John Katko (R-N.Y.) to author the legislation creating an independent commission.
Others were pushing President Biden to form his own bipartisan investigative panel from the White House — a proposal Pelosi and the administration resisted.
Most Democrats supported Pelosi in allowing the Senate more time to rally enough votes to adopt the independent commission, which fell just three Republicans shy of defeating a GOP filibuster. Four weeks after that failed vote, however, Pelosi lost patience and announced the select committee.
National