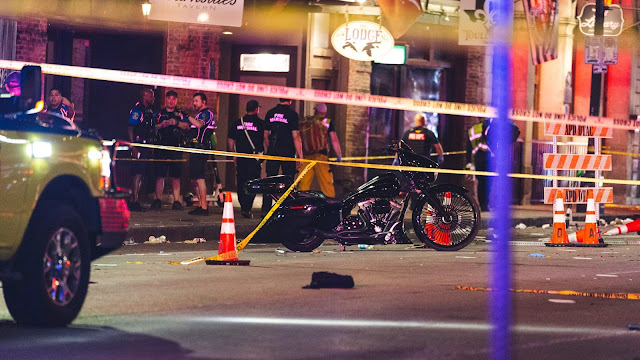 Authorities say they are looking for a new suspect in connection to the deadly 6th Street shooting that happened on June 12. Although they did have involvement in the shooting incident, charges against the two original suspects have been dropped by the Travis County District Attorney’s Office.
At a news conference, Austin Police Department Interim Chief Joseph Chacon and Travis County District Attorney José Garza announced that authorities have identified 19-year-old De’ondre "Dre" White as the person they believe is responsible for the shooting.
After the shooting, White allegedly changed his appearance by cutting and dying his hair. White was interviewed by APD detectives and then returned to Killeen where he went into hiding.
Garza and Chacon say authorities are actively looking for White and that new witness testimony has provided a better idea of what happened that night.
The Travis County District Attorney released the following statement regarding the ongoing investigation and prosecution of the shooting on Sixth Street on June 12, 2021:
This morning, APD announced that they have identified the shooter who is responsible for the death and injuries that took place in our community. APD is currently searching for him, and we believe that he will be apprehended soon. When he is apprehended, he will be charged with murder.
Last week, one juvenile was arrested and charged by APD with deadly conduct, and one 17-year-old…was arrested and charged by APD with aggravated assault. At no time was there sufficient evidence to believe that either suspect was responsible for the death of Mr. Kantor.
This morning, we dismissed the charges against [the two] arrested in the aftermath of the shooting. Dismissing these charges is what is in the best interest of the investigation and our prosecution at this time.
At this time, there is not sufficient evidence that either of these gentlemen fired a shot, nor is there sufficient evidence to seek an indictment. With the evidence we have right now, the law requires our office to dismiss the charges, but the office has not made final charging decisions as to anyone involved.
We continue to urge anyone who has information or was present on the scene the night of the shooting to come forward and cooperate with law enforcement.
Court documents indicate the shooting is believed to have started as a dispute between rival groups of teenagers.
Early Saturday morning the two groups encountered each other. Eyewitness accounts on what happened next vary. But ultimately, a verbal argument ensued. That argument escalated and multiple people pulled out weapons. It is unclear how many people fired.
According to police, officers responded to reports of multiple shots fired at around 1:30 a.m. near the 400 block of East 6th Street on Saturday, June 12.
When officers arrived they found a large crowd of people in the area and initially located several victims who had sustained gunshot wounds and were hurt. Officers immediately began life-saving measures on multiple victims.
One of the victims, a 25-year-old man from Michigan, died from his injuries. Douglas Kantor was in Austin visiting friends when he was fatally shot in the popular nightlife district.
Kantor was originally from Airmont, New York, according to his family. He had been living in Michigan, having completed a bachelor's degree at Michigan State in computer engineering. He went on to receive a master’s degree in business and recently purchased his first house. He worked as a product manager at Ford Motor Company.
13 other people were injured in the mass shooting on Sixth Street.
Detectives are asking anyone with information or video of the incident to call APD Homicide at 512-974-TIPS, email homicide.apd@austintexas.gov, utilize the Crime Stoppers tip line at 512-472-8477 (TIPS), or the Crime Stoppers app. You may remain anonymous.
Texas