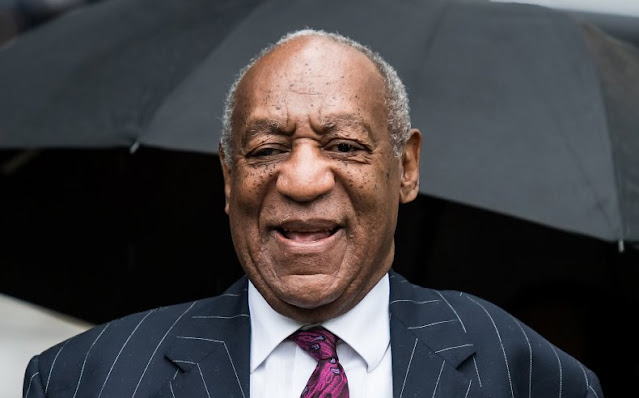 Comedian Bill Cosby will be released from prison after the Pennsylvania Supreme Court overturned his conviction for sexual assault.
In a 4-3 decision on Wednesday, the Pennsylvania Supreme Court ruled that some of the evidence used to secure the conviction against Cosby had violated his due process rights. In a 79-page opinion, the majority found that Cosby had been subjected to what effectively amounted to a bait-and-switch by prosecutors.
In 2005, then-Philadelphia district attorney Bruce Castor determined there was insufficient evidence to convict Cosby for assault.
The state Supreme Court said Castor's decision not to charge Cosby led to his engagement in a civil lawsuit against him, giving testimony which was key in his later conviction.
Cosby’s lawyers argued that the decision from Castor, who gained national attention earlier this year when he served on then-President Trump's defense team during his second impeachment, “legally deprived” him of exercising his Fifth Amendment rights, which the court noted that he did not invoke during subsequent deposition.
"The circumstances before us here are rare, if not entirely unique," the court wrote in its opinion.
The justices concluded that Cosby had suffered "far greater" due to the testimonies given at his two trials and rebuffed a suggestion that a third criminal trial be conducted. Instead, they wrote that overturning his conviction would be the only action that would suffice.
"A contrary result would be patently untenable. It would violate long-cherished principles of fundamental fairness. It would be antithetical to, and corrosive of, the integrity and functionality of the criminal justice system that we strive to maintain."
"For these reasons, Cosby’s convictions and judgment of sentence are vacated, and he is discharged."
Cosby, 83 was convicted in 2018 of three counts of sexual assault against Andrea Constand more than a decade earlier, in one of the key moments of the Me Too movement, which has now been swept away. He was sentenced to three to 10 years in state prison.
More than 60 other women have come forward accusing him of sexual misconduct, usually involving drugs.
E. Jean Carroll, one of the women who has accused Trump of sexual assault, was among those who reacted with horror to Cosby's sentence being vacated.
However, Phylicia Rashad, a former co-star of "The Cosby Show" and incoming dean of the College of Fine Arts at Howard University, said that a "miscarriage of justice is corrected," drawing immediate ire on social media.
Wednesday's decision comes one month after Cosby was denied parole on the basis of a "negative recommendation made by the department of corrections."
A letter from the Pennsylvania Parole Board said at the time that Cosby has failed “to develop a parole release plan” and needs to “participate in and complete additional institutional programs” that include “a treatment program for sex offenders and violence prevention.”
National