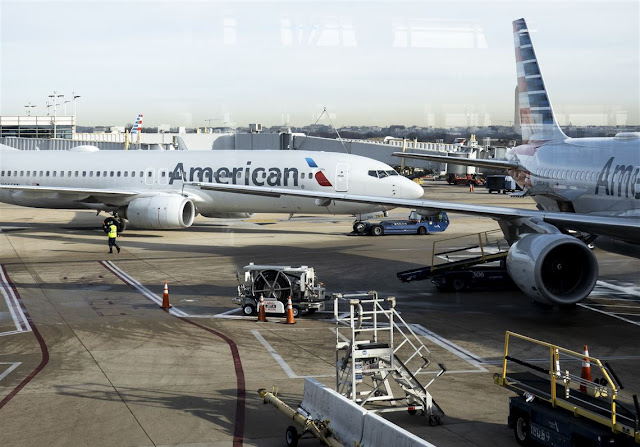 American Airlines is canceling hundreds of flights for at least the next few weeks as a combination of factors threaten regular business operation.
A heavy uptick in travel, labor shortages and weather are contributing to the cancellations, expected to last until mid-July at the earliest.
"The first few weeks of June have brought unprecedented weather to our largest hubs, heavily impacting our operation and causing delays, canceled flights and disruptions to crew member schedules and our customers' plans," Stacey Day, a spokeswoman for the airline, said.
She added, "That, combined with the labor shortages some of our vendors are contending with and the incredibly quick ramp up of customer demand, has led us to build in additional resilience and certainty to our operation by adjusting a fraction of our scheduled flying through mid-July."
According to Day, the cancellations will be focused in areas with bigger airports where travel plans can be more easily adjusted by the airline.
"We made targeted changes with the goal of impacting the fewest number of customers by adjusting flights in markets where we have multiple options for re-accommodation," she said.
People flying American Airlines through July 15 whose flights are affected will be notified ahead of time.
On Saturday, the airline canceled 120 fights, and travelers can expect 50 to 80 canceled flights a day until conditions improve, CNN reported.
Air travel has significantly increased as vaccination against COVID-19 ramps up across the country. Earlier this month, the Transportation Security Administration screened the highest number of travelers since the pandemic began.
American Airlines has previously taken steps to deal with the travel surge, including asking its employees to volunteer to help staff Dallas-Fort Worth International Airport.
National