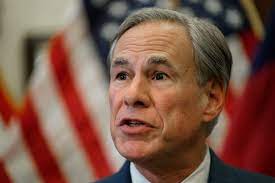 Texas Gov. Greg Abbott (R) on Friday vetoed a portion of the state budget bill funding the state legislature, fulfilling a promise made last month in response to state Democratic lawmakers’ walkout to prevent the passage of a sweeping elections bill.
The veto, which was first reported by the Texas Tribune, has raised concerns on how it will impact legislative staff and agencies, which are funded by the now struck down Article 10.
Abbott said in a statement Friday that “funding should not be provided for those who quit their job early, leaving their state with unfinished business and exposing taxpayers to higher costs for an additional legislative session.”
“I therefore object to and disapprove of these appropriations,” he added, according to the Tribune.
Abbott late last month vowed to veto the article hours after state Democrats walked off the House floor in opposition to a Senate-passed bill that called for new election restrictions in the state, including limits on early and curbside voting and a ban on 24-hour voting and temporary outdoor polling places.
Opponents of the legislation, considered to be one of the most sweeping election bills in the series that have come out of GOP-led legislatures this year, have argued that it would disproportionately add impediments on voting for certain segments of the population, including low-income and handicapped voters.
Democrats left the House floor in protest last month, leaving the chamber without enough members present for a quorum and Republicans unable to pass the elections bill before its midnight deadline.
In a statement following the incident, Abbott said it was “deeply disappointing and concerning” that the election bill, whose passage he had made a central priority, was not able to reach his desk.
Abbott said at the time that he would add the legislation to the state’s special session agenda, adding that he expected lawmakers to have “worked out their differences” before returning to the Capitol.
“During the special session, we will continue to advance policies that put the people of Texas first,” he said.
Lawmakers from both sides of the aisle have expressed concern over Abbott’s veto, with House Democratic Caucus Chairman Chris Turner on Friday calling the move an “abuse of power.”
He added that the caucus was “exploring every option, including immediate legal options, to fight back."
"Texas has a governor, not a dictator," he said in a statement to the Tribune. "The tyrannical veto of the legislative branch is the latest indication that [Abbott] is simply out of control.”
In an interview earlier this month, House Speaker Dade Phelan (R) raised concerns about how a veto would impact other agencies funded by the article, saying, “I’m just concerned how it impacts them because they weren’t the ones who decided that we were going to break quorum, it wasn’t their decision, right?"
Texas lawmakers could restore Article 10 of the budget if they hold at a potential special session before Sept. 1, the start of the budget’s fiscal year.
Texas