Abbott signs ban on outside help for election administrators 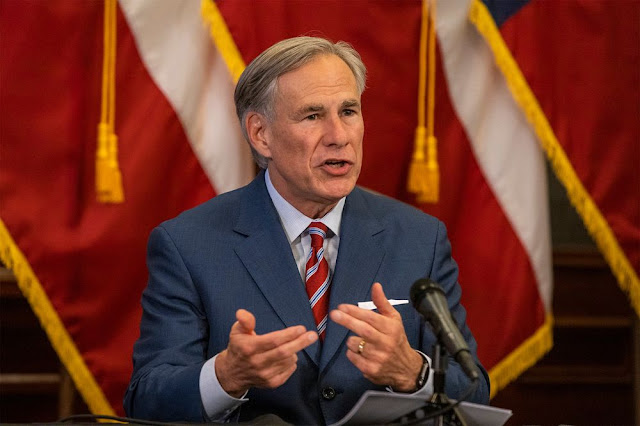 Texas Gov. Greg Abbott (R) has signed new legislation that would bar local election administrators from accepting outside grants to help run their offices, the latest in a rush of Republican states banning nonprofits from helping to cover budget gaps in chronically underfunded local offices.
The bill, passed at the end of May before House Democrats walked out of the state capitol to block a more wide-reaching overhaul of voting rules, prevents a county election commission or board from accepting contributions offered by private individuals, corporations or any other third-party group, including nonprofits. It also bars those boards from spending money that has not been appropriated by local county elected officials.
The bill is a direct response to funding grants made by groups like the Center for Tech and Civic Life, a nonprofit funded by Facebook founder Mark Zuckerberg and his wife, the physician Priscilla Chan. That group made more than 2,500 grants to election offices across the country in the run-up to November’s elections.
Conservatives who have moved to block future grants say they want to preserve the integrity of local elections. In an interview in April, Texas state Sen. Bryan Hughes (R) explained why he included a similar provision in his broader overhaul of election and voting rules.
“We want to make it clear that elections in Texas are not for sale,” Hughes said at the time. “It’s so fundamental and it’s so important that we don’t even want the appearance of undue influence.”
In a statement celebrating Abbott’s signature, the conservative Texas Public Policy Foundation went farther, alleging the grants were used for partisan ends to aid Democratic candidates.
“The so-called donations were simply an attempt to use local governments as a cloak to cover partisan get-out-the-vote efforts,” Chad Ennis, senior fellow for the Foundation’s Election Protection Project, said in a statement.
One hundred sixteen of Texas’s 254 counties applied for and received grants from the Center for Tech and Civic Life in 2020. Former President Trump carried 232 of those 254 counties, including the vast majority of counties that received grants last year.
Tiana Epps-Johnson, the Center’s executive director, said the money her group had distributed was meant to fill gaps caused by the pandemic. County election administrators told The Hill they used the money to compensate poll workers, to pay for personal protective equipment to protect those workers, and to install live-stream equipment meant to broadcast vote-counting to improve transparency.
“Private funding is used to supplement a variety of government services where there are shortfalls, including schools and libraries,” Epps-Johnson said. “We hope that as states consider the issue of private funding, they solve the real long-standing problems, which is making sure that election departments are fully funded so they are able to deliver a professional, inclusive, secure voting process for all of their voters.”
Texas joined states like Georgia and Arizona, which moved to block outside funding earlier this year. Legislators in other states are likely to take up private funding measures in the coming months, a part of a wider Republican-led effort to overhaul voting rules and election procedures in the wake of Trump’s loss in the 2020 elections.
Texas