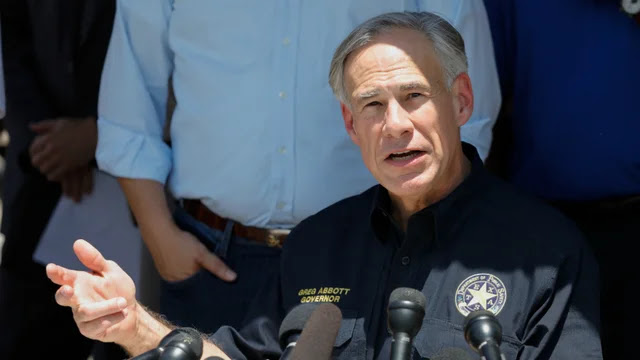 Texas Gov. Greg Abbott (R) said in an interview published Tuesday that he would solicit public donations to fund construction of his proposed border wall.
Appearing on the conservative podcast "Ruthless," Abbott shared that he would be setting up an avenue for "everybody in the entire world" to donate funds.
"I will also be providing a link that you can click on and go to for everybody in the United States or everybody in the entire world that wants to help Texas build a border wall. There will be a place on there where they can contribute to Texas, building the border wall," Abbott said.
The Texas governor said the donations would go to a fund managed by his office and handled with "great transparency."
"Everyone will know every penny in, every penny out. But the sole purpose for those funds will be going to build the border wall," Abbott said.
Abbott announced last week that he would be building a southern border wall, creating a Governor’s Task Force on Border and Homeland Security and allocating $1 billion for border security.
The Texas Tribune noted that questions have been raised over whether the state of Texas has the authority or the money needed to fund Abbott's project.
Domingo Garcia, an attorney and national president of the League of United Latin American Citizens (LULAC), told the Tribune, "States don’t have authority over immigration and our borders, that’s a federal authority."
"It’s not constitutional and we’re planning to challenge it in court once we see the final order," Garcia added, characterizing Abbott's plans as misguided “political theater."
During the same podcast interview Tuesday, Abbott said Vice President Harris, who has been tasked with handling migration at the U.S. border, has not yet been in contact with him to discuss the issue.
“The president hasn't called; the vice president hasn't called. The only person I've talked to are some folks in the Department of Homeland Security, and that was a long time ago,” he said.
Texas