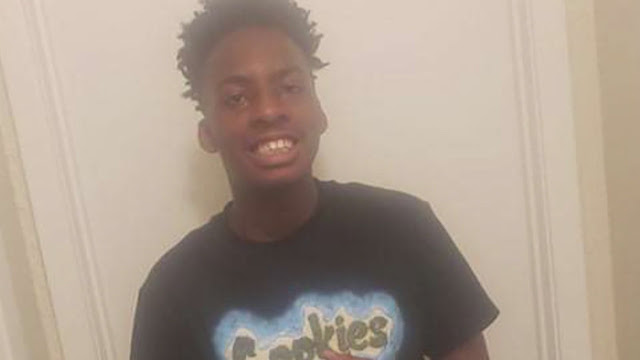 The Lubbock Police Department announced the final arrest in the Ella Apartments shooting of 14-year-old Dequavion Traylor last Wednesday afternoon.
Around 1:25 p.m., units from the Texas Anti Gang Center took the last suspect in this murder into custody. Seven people have been arrested, including six juveniles and one adult.
“The praise goes to these detectives out there beating the streets, shaking the bushes and the community for helping us bring this case to a conclusion,” Chief Floyd Mitchell said.
“Today’s arrest is a culmination of over 1,500 man hours, of work,” Asst. Chief Neal Barron said.
The shooting happened at 11:22 p.m. on June 9, at the Ella Apartments, located at 1102 58th St., which is near the Dixie Little League fields. When officers arrived, they found Traylor with a gunshot wound. He was taken to University Medical Center where he was pronounced dead.
A 16-year-old admitted to police that he is the one who shot Traylor.
Three suspects were identified immediately, search warrants were served that led to the arrest of four other suspects. All seven have been charged with murder. The juveniles are 15 and 16 years old, the one considered an adult is 17.
Police say three suspects went to the apartment to rob the people there, resulting in the death of Traylor. Four others were involved in the planning of this robbery.
Authorities also believe they can prove the 14-year-old victim was also involved in illegal activities.
“Through some evidence we’ve obtained, some electronic evidence, but that’s all we can share at this time,” Sgt. Justin Anderson with the Metro Special Crimes Unit said.
You can read the full details on the shooting here.
Last week, Mitchell called the rise in violent crimes by teens “disturbing.”
“We are going to push for community engagement from our law enforcement offices. We’re also going to continue to request the assistance of our citizens to help us engage these young people. I can tell you what I was doing when I was 14, 15, 16 and it was nothing like what we’ve seen here. Absolutely the furthest from this. We need to make sure we’re involved in these kids lives and we’re showing them that there are other options out there for them besides getting involved in criminal activity,” he said.
Chief Mitchell is working with community organizations to try and address problems on the West Side, including 100 Black Men of West Texas.
Local