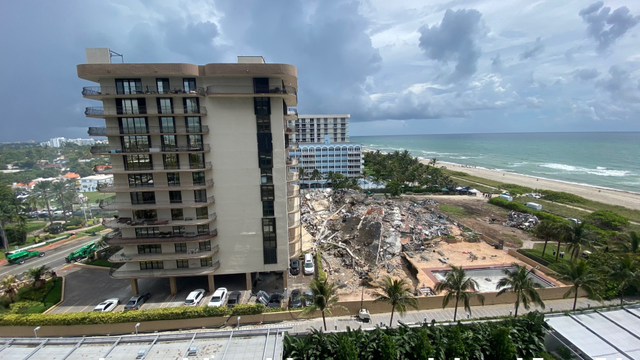 Ten people are now confirmed dead and more than 150 people are still unaccounted for in the Surfside building collapse.
Miami-Dade County Mayor Daniella Levine Cava (D) told reporters the new death toll during a press conference on Monday.
Cava said another victim was found in the wreckage on Monday and that 151 people remain unaccounted as rescue crews continue their search.
The 12-story Miami-area apartment complex partially collapsed early Thursday morning.
It's unclear what caused the collapse, which has fed fears about other buildings in the area.
The town of Surfside publicly released a structural report in 2018 revealing that an engineering consultant warned the building had “major structural damage.” Plans for a repair project were to begin soon.
President Biden announced Thursday that the federal government is ready to help Floridians from the aftermath of the building collapse.
Cava said authorities are working with families to try to update them on the missing people.
“So we will continue to support all of the families and loved ones who are affected with their mental health, their social service, their physical needs,” she said.
National