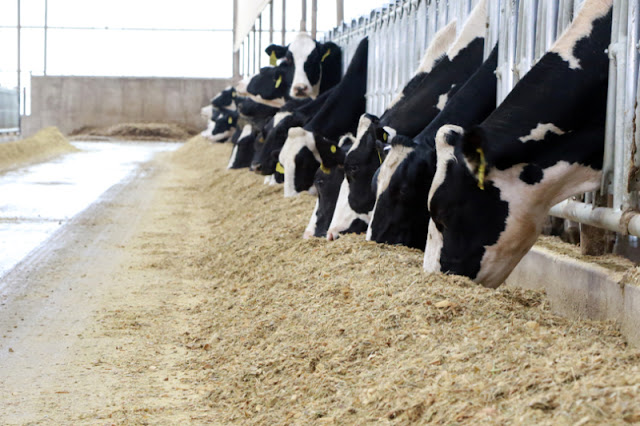 By Jennifer Whitlock
March 2021 was a strong month for U.S. dairy exports, according to data from the U.S. Dairy Export Council (USDEC).
During March, the U.S. exported a record 215,557 metric tons (MT) of dairy products in milk solid equivalents. This volume equals an estimated 18.6%of domestic production, the second-highest month of all time. Value also increased to $688 million worth of dairy exports, the highest since 2014.
“March’s export data was so strong that it had us triple- and quadruple-checking our numbers to be sure we hadn’t missed a decimal point,” USDEC staff wrote in the report’s release notes.
Growth was demonstrated among most major dairy product categories.
Whey, cheese, lactose, butterfat and fluid milk and cream all posted significant increases from March 2020 to March 2021. Only milk protein concentrate (MPC) and casein showed year-over-year declines in March.
Standouts were skim milk powder/non-fat dry milk (SMP/NFDM) and whey, which both hit all-time highs with exports of 86,532 MT and 57,181 MT, respectively.
Cheese had the second-best month of all time at 36,919 MT exported.
USDEC pointed to a rebound in demand from Mexico as a major driver of increased exports. In March, year-over-year SMP/NFDM exports to Mexico improved 29% over the previous year, the second straight year-over-year increase. Historically, Mexico is the United States’ largest milk powder market.
Cheese shipments also rose 11% in March to 9,687 MT, the highest monthly cheese export volume to Mexico since June 2018. USDEC attributes the increase to reopening of restaurants, entertainment venues and tourism across the Latin country.
Asian demand continues to rise, as well. Total U.S. milk solids exports grew 24% year-over-year in March to more than 215,000 MT.
Southeast Asia is one of the biggest markets, with dairy exports to the region increasing 16% over last year.
In Southeast Asia and China, NFDM and whey products were key drivers of demand in March. In China alone, U.S. whey exports in March were up 110%, and SMP/NFDM shipments increased 100%.
The skyrocketing export numbers are partially due to what USDEC calls a “rubber band” effect, where products were likely purchased months ago and were finally able to be transported in March. However, USDEC said strong Asian demand is also driving more dairy purchases, which the U.S. has been able to capitalize upon.
Port issues will need to be resolved to continue increasing dairy exports to China and Southeast Asia, the report concludes.
“While largely out of U.S. exporter control, importers could grow tired of not being able to get product when they need it. This has the potential to limit further growth in the region if buyers decide that more consistent timing is worth paying a premium to get product from other suppliers,” USDEC market analysts wrote. “However, despite these challenges, U.S. dairy is well-positioned to continue growing exports to the region and capturing increased market share.”
National