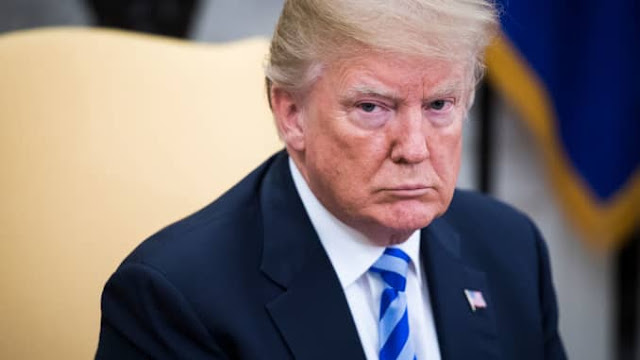 Former President Trump on Monday argued that he possesses “absolute immunity” from a lawsuit filed against him by Rep. Eric Swalwell (D-Calif.) over his role in the Jan. 6 riot.
In a 49-page court filing, Trump urged a federal judge to dismiss Swalwell's March lawsuit, claiming that the statements he made as president in the run-up to the deadly breach of the U.S. Capitol are beyond the court’s reach.
“The president’s absolute immunity forecloses the jurisdiction of this court,” read Trump’s filing to the U.S. District Court in Washington, D.C.
The Democratic lawmaker’s suit accuses Trump, his son Donald Trump Jr., Rep. Mo Brooks (R-Ala.) and Trump lawyer Rudy Giuliani of inciting the Jan. 6 riot and conspiring to prevent Congress from certifying President Biden’s election win.
Despite losing handily to Biden, Trump has repeatedly lied about the 2020 election being stolen from him.
He and his allies failed to notch any meaningful court wins in the more than 60 post-election lawsuits they filed, and were later unsuccessful in putting forth a slate of “alternate” electors that would install Trump for a second White House term.
Trump, in his Monday court filing, defended his post-election conduct and claimed that his challenges to the election results were “hardly unique” compared to past disputes over presidential election results.
“While holding that office, former President Trump was free to advocate for the appointment and certification of electors," Trump's filing reads, "just as he was entitled to advocate for the passage or defeat of a constitutional amendment, or the reconsideration of a congressional act over his veto even though the President does not directly participate in those congressional acts."
The brief also urged that the suit against Trump’s son, Donald Trump Jr., should be dismissed, and raised several additional arguments, including that Swalwell lacks a legal right to sue and that the defendants’ rhetoric was protected speech.
Each defendant was among the speakers at a pro-Trump rally that immediately preceded the deadly Capitol breach. The lawsuit depicts the incendiary rally speeches as a tipping point that culminated a months-long disinformation campaign to push the false claim that the 2020 presidential election was stolen from Trump.
“The horrific events of January 6 were a direct and foreseeable consequence of the Defendants’ unlawful actions,” Swalwell’s March complaint states. “As such, the Defendants are responsible for the injury and destruction that followed.”
National