Texas wheat acres down, prices up 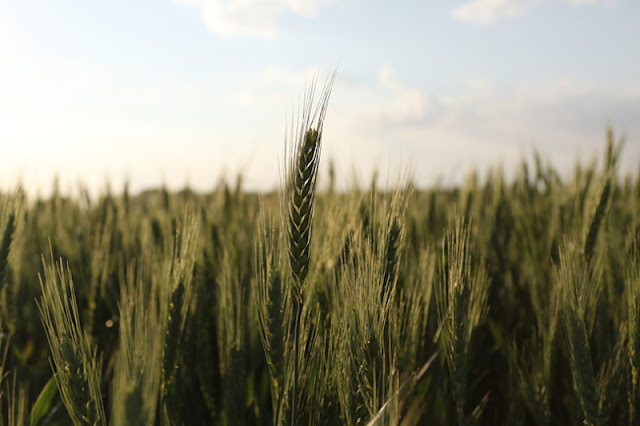 By Jennifer Whitlock
The Texas wheat crop looks good and prices are high, but acreage is down across the Lone Star State this year.
The reduction in planted acres is likely due to several factors, according to the Texas Wheat Producers Board and Association.
“Our expected harvested acreage is 1.9 million, down from 2.05 million last year, and production is lowered to 60.8 million bushels,” Darby Campsey, Texas Wheat Producers director of Communications and Producer Relations, said. “That doesn’t back up the planted acreage number from [U.S. Department of Agriculture’s National Agricultural Statistics Service] NASS, which was 5.5 million acres. That has me thinking there was either a drop in planted acres or a significant loss of acres this spring due to a freeze event or extended drought.”
Freezing temperatures in late April should not have too much effect on the wheat crop, although there was some spotty damage in North Texas.
Between the heading and flowering growth stages, wheat may experience damage if temperatures remain 32 degrees or below for at least two hours. Campsey noted that threshold was achieved for an extended amount of time in several areas of the state, so pockets of freeze damage and heads that didn’t fully fill are beginning to appear on farmers’ scouting trips through their fields.
There is light pressure across the state from leaf stripe and leaf rust, but Campsey said overall the crop is in good condition ,and farmers are expecting good yields.
The crop is usually split pretty evenly between wheat for grazing and wheat harvested for grain. Campsey expects this year, about 45 percent of the crop will go to harvest.
“The Rolling Plains has received a little more moisture, and that is a pretty big grazing area. A lot of farmers have been pulling off grazing and intend to go to grain. But in the High Plains, there’s just such a mix of conditions. That’s our largest growing region for wheat, so we’ll really have to wait and see because the weather will make a big impact over these next few weeks in grain development,” she said in an interview with the Texas Farm Bureau Radio Network.
The weather will be the determining factor in what many farmers intend to do with the crop, and many will make that decision soon.
Campsey noted higher corn prices have translated into more feedyards and dairies buying wheat for feed.
“Farmers can absolutely choose to chop their wheat for green chop or wheatlage and take it over to the feedlots, get a really good price, and maybe avoid having a disappointing yield when they do go to cut for grain,” she said.
But a recent rise in wheat prices may make the risk worth the reward.
“Last year, we had flour and bread flying off the shelves, and that was really happening while Texas wheat harvest was also happening. So, it was very hard to determine where all that wheat was going to travel because it was all new-crop wheat,” Campsey said. “But thankfully last year’s record-breaking crop globally helped push us through into this next year because we are lower on supplies. I think hard red winter wheat is expected to increase production, but in general, we’re looking at pretty tight wheat supplies this next year, which is good for wheat prices.”
Texas