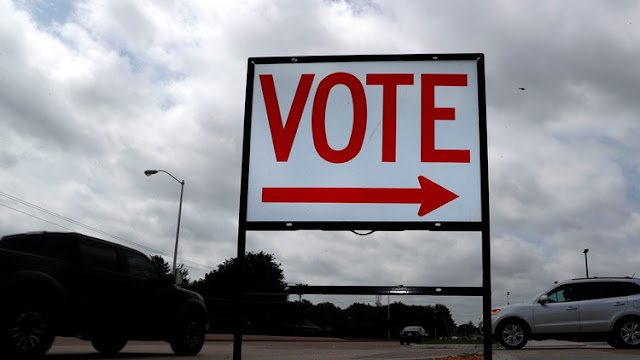 Texas state lawmakers on Saturday finalized a draft of a sweeping elections bill that calls for dozens of new restrictions on voting in the state and makes it easier for officials to overturn the results of an election.
In a draft of the bill distributed by legislative staff and published by The Washington Post, the Republican-dominated Texas legislature aims to tighten the already strict voting measures in the Lone Star State.
The proposal would ban drive-thru voting locations and temporary polling places and impose state felony penalties on public officials who offer vote-by-mail applications to residents who did not request them.
It also includes a ban on 24-hour voting, which was used in the 2020 election by more than 100,000 voters in Harris County, where President Biden won with roughly 56 percent of the vote.
According to the final draft reported by the Post, people applying for mail ballots would be required to adhere to new identification requirements, including in most cases having a driver’s license or Social Security number.
A last-minute addition to the bill also allows a state court to overturn an election if “the number of votes illegally cast in the election is equal to or greater than the number of votes necessary to change the outcome of an election,” rather than being required to confirm tangible evidence of fraud.
The bill now heads to the state House and Senate for final approval, and Texas Gov. Greg Abbott (R), a fervent supporter of former President Trump, is expected to sign the legislation.
The governor, who is also widely considered a potential contender for the White House in 2024, had threatened lawmakers with a special session if they did not pass a bill seeking to impose additional voting requirements this week.
The Texas legislation is the latest in a series of bills that have been signed into law or are being considered across the country, all seeking to impose various limits on elections that voting rights activists and Democrats have argued would disproportionately impact minority voters, who turned out in record numbers to help Democrats win elections in 2020.
Republicans in Texas and other states have argued that the proposals are necessary in order to restore confidence in the election system, which was repeatedly called into question by Trump and his allies through repeated unsupported claims of widespread fraud in the 2020 presidential election.
President Biden in a statement to The Texas Tribune on Saturday railed against the proposed measures in Texas, calling the legislation “un-American.”
“Today, Texas legislators put forth a bill that joins Georgia and Florida in advancing a state law that attacks the sacred right to vote, ” Biden said. “It’s part of an assault on democracy that we’ve seen far too often this year — and often disproportionately targeting Black and Brown Americans.”
“In the 21st century, we should be making it easier, not harder, for every eligible voter to vote,” he added.
Texas