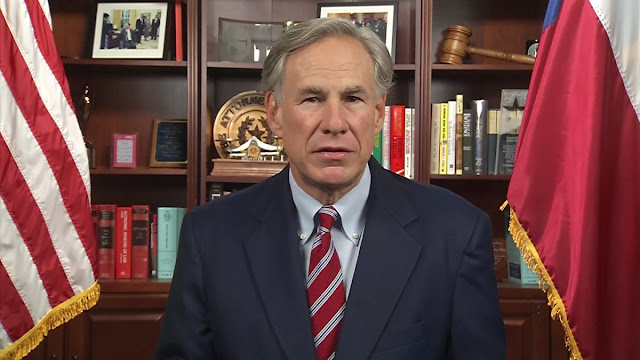 The Texas state Senate approved a bill on Tuesday that would ban abortion in the state if the U.S. Supreme Court overturns Roe v. Wade, the landmark decision that granted women the right to abortion.
The legislation, known as a “trigger” bill, is headed to Gov. Greg Abbott’s (R) desk.
Abbott will likely sign the legislation into law after he approved a bill last week that bans virtually all abortions in the state after a fetal heartbeat is detected.
The “trigger” bill, however, if signed by Abbott, would not take effect unless the Supreme Court “wholly or partly” overturns Roe v. Wade.
Last week, the Supreme Court agreed to take up a case that focuses on a dispute over a Mississippi law that bans virtually all abortions after 15 weeks of pregnancy, setting the 6-3 conservative majority up to make a decision that could potentially effect Roe v. Wade protections.
If the Supreme Court wholly or partially overturns Roe v. Wade and Abbott signs the "trigger" bill, individuals who perform or attempt to perform an abortion in Texas will face a second-degree felony.
That penalty would be increased to a first-degree felony, with the possibility of a life sentence, according to The Dallas Morning News, if the fetus dies as “as a result of the offense.”
According to The Dallas Morning News, the bill would also establish a civil penalty for abortion providers of at least $100,000, and their licenses would be revoked if they violate the ban.
The bill includes few exceptions for abortions. Pregnant people who are at risk of death or if their situation poses “a serious risk of substantial impairment of a major bodily function” because of their pregnancy would be exempted from the law.
The legislation does not include exceptions for pregnancies that result from rape or incest, The Dallas Morning News noted.
Texas state Sen. Angela Paxton (R), one of the authors of the bill, said in committee last week that patients who receive abortions would be immune from prosecution, according to the newspaper.
The bill passed through the Senate in an 18-12 vote after clearing the house earlier this month in an 81-61 vote.
The state legislature’s advancement of the “trigger” bill follows a growing trend of Republican-led states passing legislation that aims to restrict access to abortion.
Last month, the number of abortion restrictions passed by states in one week hit a record high, exceeding the number of restrictions passed in any one week in the last decade.
Republican governors in Oklahoma, Idaho, Montana and Arizona all signed bills last month that chip away at abortion access in their states.
Texas