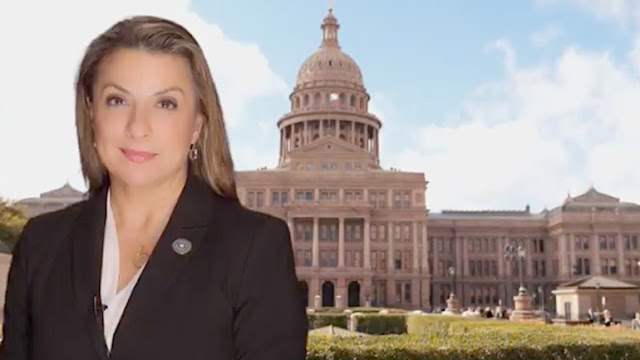 Texas Secretary of State Ruth Ruggero Hughs, the state’s top elections official, will resign at the end of May, according to a letter she sent to Gov. Greg Abbott.
Hughs was appointed by Abbott in 2019, but never received a required confirmation vote by the state Senate and must step down when the legislative session ends, according to the state Constitution.
Hughs’ resignation is effective May 31, the final day of the session.
Senate Nominations Committee Chair Dawn Buckingham’s office declined to comment on why Hughs’ nomination was never considered. Buckingham’s chief of staff, Aaron Harris, also declined to comment for this story.
Hughs’ resignation comes as Texas is on course to become the nation’s largest state to tighten restrictions on voting. The GOP legislation just a few steps away from the desk of Abbott, a Republican who has vowed to support stricter voting rules. What exactly that legislation will say is not clear as it is in the hands of a bipartisan committee tasked with reaching a compromise on the final language.
In her letter to Abbott dated Thursday, Hughs, a lawyer, expressed gratitude for her appointment and said only that the time is right for her to step down.
“I am proud of what we have accomplished and recognize this is the right time to transition and turn my attention to private practice,” Hughs wrote.
Hughs was appointed to replace former Secretary of State David Whitley, who resigned in May 2019 amid backlash for wrongly questioning the U.S. citizenship of nearly 100,000 voters.
Abbott released a statement on her resignation, saying:
“Throughout her time as Secretary of State, Ruth has been a faithful servant to the people of Texas, and I thank her for her commitment to our state. Ruth’s exceptional leadership has helped strengthen the Texas brand on the international stage and grow our businesses and trade relationships around the world. Ruth also served as a trustworthy steward of our elections. I am grateful for our collaboration over the past few years to build an even brighter future for the Lone Star State, and I wish her nothing but the best on her future endeavors.”
Texas