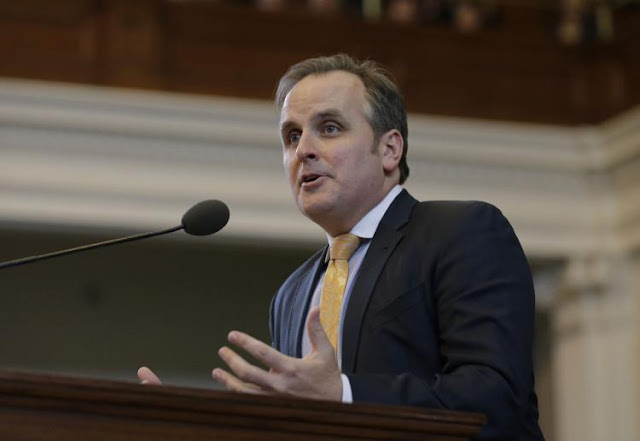 By Bethany Blankley
Several bills have passed the state House and Senate that would expand health care price transparency for Texas consumers, making it one step closer to the governor’s desk for signature.
SB 2122, which passed the Senate this week, would require health care providers to send patients an itemized medical bill before they attempt to collect any money. Its author, Sen. Bryan Hughes, R-Mineola, argues medical billing continues to be confusing and opaque.
"If you don't have an itemized bill, you don't know what you're being charged," he said. "Even after you're told what you owe, you can't check and see if the charges are accurate, see if the right charges were billed, [or] if the right charges were recorded."
While current law permits patients to request this information, the process is time-consuming and cumbersome, and most patients don’t know they can request the information. The law requires it to be disclosed to all patients and easy to read. The itemization would include the cost of each procedure, medicine, and provider, a plain language description about each procedure, and its medical billing code.
The Senate also passed HB 317, which would prohibit life insurance companies from discriminating against organ donors.
"Currently, life insurance companies are denying coverage or increasing premiums for life, disability, and long-term care insurance for living organ donors," the bill’s sponsor, Sen. Borris Miles, D-Houston, said. "This negatively affects past living organ donors and creates a disincentive for organ donors in the future."
Because HB 317 was unamended in the Senate, it will head directly to Gov. Greg Abbott's desk.
Three House bills also advanced in the Senate that had already passed the House: HB 3923, HB 3752 and HB 3924. These are also expected to be signed by the governor.
The bills would allow member organizations like the Farm Bureau, Texas Mutual, and Association Health plans to create customized health benefit programs for individuals and families as alternatives to the ACA exchange. A similar plan in Indiana is widely popular, affordable and accessible, David Balat, director of the Texas Public Policy Foundation’s Right on Healthcare initiative, said.
A decade after the ACA was passed, 63% of Texans say the high cost of health insurance and prescriptions are the most frustrating part of health care, he said. And even if uninsured Texans are eligible for some form of government assistance, like Medicaid or tax credits, more than 70% of them don’t enroll in these programs.
“Even with access to free or deeply discounted insurance, they still can’t get care,” Balat added.
The bills will help eliminate the “coverage gap” between the insured and uninsured by doing what the ACA doesn’t: offer affordable benefits and improved access to care, while also not bankrupting the state through Medicaid expansion, their sponsors argue. The bills’ expanded health options are estimated to benefit an estimated two to three million more people.
Texas