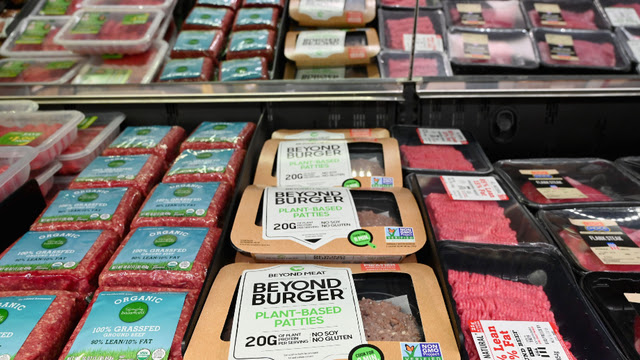 Texas state lawmakers on Monday approved a bill that will ban plant-based food products and foods that do not contain meat from animals from using the terms "meat" or "beef" to describe the food on labels.
House Bill 316, which was approved after a brief debate, is intended to prohibit companies from misleading consumers, according to Dallas News. The bill will also keep companies that produce food from insects, plants or cell cultures, not slaughtered animals, from using the label “meat,” “pork,” “poultry” or “beef.”
“This is for those who choose to eat meat, but it’s also for those who choose to not eat meat,” said Texas state Rep. Brad Buckley (R), who also introduced the bill, according to the Austin American-Statesman.
Under the bill, companies would not be barred from using the term "burger" to describe and label their products.
Plant-based food companies like Beyond Meat and Impossible Burgers have risen to popularity in recent years and have pushed back against laws similar to the Texas bill in court, citing a violation of free speech, Dallas News noted.
Texas's bill has gained support from the Texas & Southwestern Cattle Raisers Association, Texas Poultry Federation, Texas Pork Producers Association and other livestock companies. Those who oppose the bill include organizations like the Plant Based Foods Association and Alliance for Plant Based Inclusion as well as Beyond Meat and Impossible Burger, Dallas News reported.
State Rep. Gene Wu (D) argued that if the bill passes the state could be subject to unnecessary litigation. A Republican state lawmaker, Rep. Kyle Biedermann, said that he supported the bill, but was concerned about state overreach.
“There shouldn’t be a need to have to legislate more regulation of these other companies when it seems their packaging is pretty clear,” Biedermann said, according to Dallas News.
Buckley responded, arguing that the bill will be beneficial to Texans.
“Our goal here today with this bill is to have clear and accurate labeling so the consumer has no doubt what they’re purchasing,” he said. “The most frequent call I’ve gotten is from vegetarians that are for this bill.”
"It is not anti-plant based, anti-cell culture,” he later added.
The bill is set to be voted on again in the House before it moves on the state Senate.
Texas