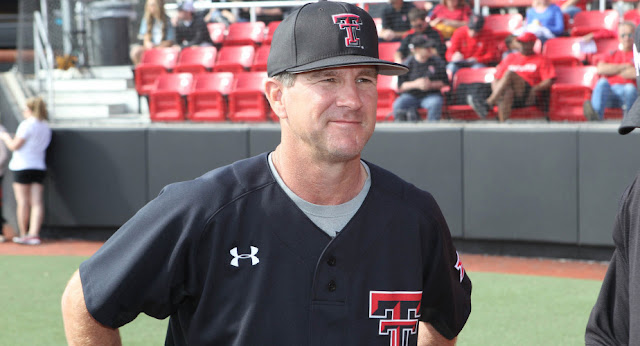 Red Raider head baseball coach Tim Tadlock has agreed to a lifetime contract with the university, according to Kirby Hocutt’s twitter.
Taldock had lately been rumored to be a top target of the Texas A&M Aggies after they parted ways with longtime head coach Rob Childress following the conclusion of their season.
The 52-year-old Tech alumni has coached the Red Raiders to a 336-165 record in nine seasons with the club, according to Tech Athletics. Tadlock and his team have reached the college world series in four of those seasons and won the Big 12 regular season title in three.
In 2016 he was named the Big 12 Coach of the Year, according to Tech Athletics.
The news of Tadock’s extension will come as a welcome sight to many Red Raider fans, with the taste of the university losing head basketball coach Chris Beard to rival Texas still in their mouths.
Tadlock’s No. 3 seed Red Raiders will be back in action at 9 a.m. Wednesday when they take on the No. 6 seed Baylor Bears in each teams’ first game of the Big 12 Championships.
Local