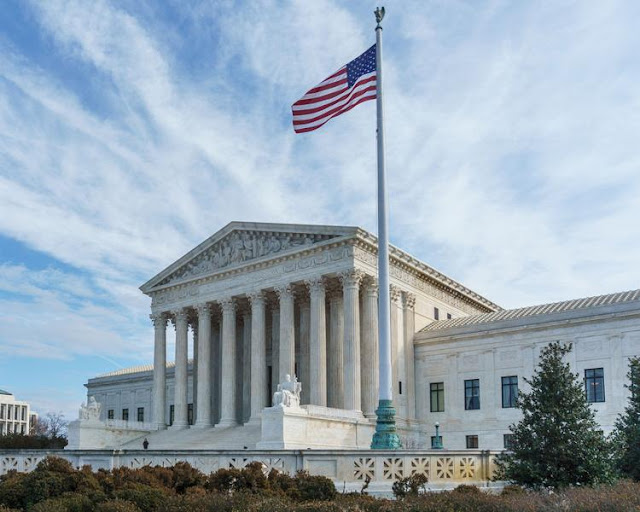 By Bethany Blankley
The U.S. Supreme Court’s unanimous ruling in CIC Services, LLC v. Internal Revenue Service this week could be good news for plaintiffs like Texas who challenged the Affordable Care Act’s individual mandate because their arguments are similar to those made in the CIC case, the Texas Public Policy Foundation argues.
“The new ruling indicates that Texas, other states and individual plaintiffs do have standing to sue over the harms they have suffered under the ACA,” TPPF said after the ruling.
TPPF represents individual plaintiffs in Texas v. California, which challenged the Affordable Care Act’s individual mandate.
In Texas v. California, the plaintiffs argue that the individual mandate increases costs for Texas by pushing more people off of private insurance and onto Medicaid, which increases Texas’ costs. The ACA requires states to spend taxpayer money on Medicaid and on IRS reporting requirements to comply with the law.
Although Congress changed the penalty for noncompliance with the individual mandate to $0 in 2017, the reporting requirements were not eliminated, employers were still required to file a form, costing states money. According to South Dakota officials, oversight of the form compliance process alone costs the state an additional $100,000 a year. And failing to produce the forms carries a penalty of more than $500 per form.
In CIC, the plaintiffs argued that an IRS reporting requirement is an injury independent of the tax, and the court agreed. In Justice Elena Kagan’s lengthy majority opinion, she wrote, “A reporting requirement is not a tax; and a suit brought to set aside such a rule is not one to enjoin a tax’s assessment or collection. That is so even if the reporting rule will help the IRS bring in future tax revenue – here, by identifying sham insurance transactions.
“CIC’s suit aims to enjoin a standalone reporting requirement, whose violation may result in both tax penalties and criminal punishment. That is not a suit ‘for the purpose of restraining the [IRS’s] assessment or collection’ of a tax, and so does not trigger the Anti-Injunction Act,” the court ruled, reversing a lower court’s judgment and remanding the case for further proceedings consistent with its opinion.
Justice Sonia Sotomayor and Justice Brett Kavanaugh filed concurring opinions.
The Texas ACA case makes a similar argument to CIC in that non-payers of the ACA mandate are burdened by reporting requirements created by the mandate.
“Lower courts have found that Obamacare continues to injure millions of Americans like our clients who have lost their choice of doctor, suffered rationed care, and had their insurance costs skyrocket,” TPPF’s General Counsel Robert Henneke said.
The Supreme Court’s ruling in CIC “puts us one step closer to eventually freeing the American people from Obamacare’s unconstitutional mandates and regulations,” he said, adding that TPPF would continue “to fight to protect the rights of families and individuals as the case continues to proceed through the courts.”
Texas