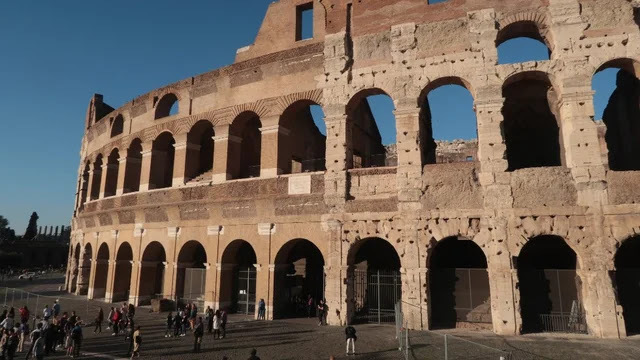 The Italian Ministry of Culture on Sunday announced that the famed Colosseum in Rome would be getting a new, hi-tech floor that would give visitors a better idea of how it looked when it was used for events in ancient times.
Reuters reports archeologists removed the floor of the Colosseum in order to get a better sense of the rooms and corridors below the arena and it was never fully replaced.
Italian engineering firm Milan Ingegneria recently won the $22.2 million contract to design the new floor which is expected to be completed by 2023.
"It is an extraordinary project," Culture Minister Dario Franceschini said. “You will be able to walk on it and go to the centre of the Colosseum, seeing it in the same way as visitors used to up to the end of the 19th century.”
The planned wooden platform will be composed of hundreds of wooden slats that will be able to rotate in order to bring in natural light into the underground chambers, Reuters reports.
Thousands of years ago, the Colosseum was used to host gladiator fights, executions and could even be filled with water to recreate battles at sea.
Reuters notes the Colosseum is Italy's most popular tourist destination, drawing in around 7.6 million visitors in 2019.
Though the Colosseum's new flooring will not be ready for a few years, this announcement could be indicative of Italy's eagerness to revive its tourism industry which was decimated by the coronavirus pandemic.
On Saturday, Foreign Minister Luigi Di Maio announced that the country planned to lift quarantine restrictions for European travelers this month, with the same possible for U.S. travelers by June.
"We are working to lift the 'mini-quarantine' for people coming from European countries, the UK and Israel, if they have a negative swab, proof of vaccination or have recovered from COVID within the last 6 months. Same thing for the U.S.", Di Maio wrote in a Facebook post, according to Reuters.
World