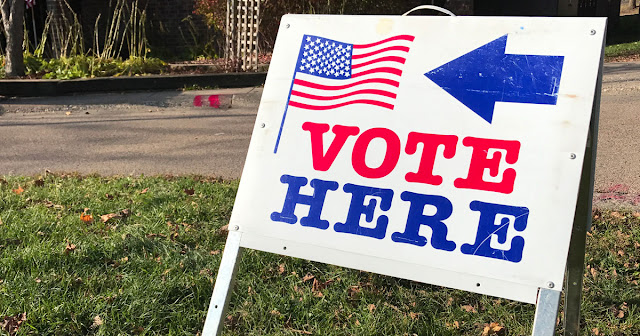 Republican state legislators see this year’s decennial redistricting process as a prime opportunity to gain House seats in next year’s midterms — with some believing those gains alone can help the GOP take back the majority.
Legislators are preparing for the most public redistricting process in American history. Both Democrats and Republicans stand ready to accuse each other of radical gerrymandering, while advances in technology give each side the chance to draw ideal districts that are both pleasing to the eye and politically favorable.
Republicans start with an advantage.
Their party will hold complete power over the redistricting process in 20 states that collectively send 188 members to the House, including Nebraska’s ostensibly nonpartisan state Senate, which is in practice run by Republicans.
Democrats will control the process in seven states that send 72 members to the House. Districts in 16 other states are drawn either by independent commissions or by divided government. The seven remaining states send only one at-large member to the House.
The GOP’s level of control, especially in critical battleground states, may be sufficient to gain the five extra seats they would need to reclaim the majority.
“If people voted exactly as they did in 2020 in Democratic and Republican wins, redistricting might give Republicans enough advantage to retake the House, but it depends so much on details,” said Sam Wang, founder of the Princeton Gerrymandering Project.
There is one problem for Republicans compared to a decade ago, when a round of redistricting helped the GOP lock in gains.
“The number of places where [Republicans] can draw a partisan advantage is considerably smaller than 2011,” he said.
He estimated that the advantage Republicans hold over Democrats is roughly half as substantial as it was a decade ago, when Republican-led legislatures drew maps that let them control the House for eight years.
A decade ago, Republican-drawn maps gave the GOP majorities in delegations from states like Ohio, Michigan, Virginia, Wisconsin and Pennsylvania. Ohio, Michigan and Virginia will draw lines this year through commissions, while Wisconsin Gov. Tony Evers (D) and Pennsylvania Gov. Tom Wolf (D) hold the power to veto the Republican-led legislatures’ maps if negotiations break down.
Today, Republicans hold full control in states like Arkansas, Indiana, Missouri, Mississippi, Oklahoma, South Carolina, Tennessee and Utah. Collectively, those eight states send 50 representatives to Congress. Only eight of them are Democrats, and those eight almost all represent heavily minority districts that cannot be broken up.
Top Republicans are warning they cannot view the redistricting process as the panacea that delivers them a majority. In a recent presentation, Adam Kincaid, executive director of the National Republican Redistricting Trust, told donors that the GOP would have to win back the majority in swing districts, not at the mapmaking table.
“People have this conception that we’re at 213, and if we pick up five seats through redistricting we win the House. That’s not how it works,” Kincaid told The Hill. “Neither party is going to draw 218 safe seats for themselves.  We will gain in redistricting, but we still have to win competitive races to win the House.”
Democrats, who suffered lasting political defeats in the redistricting process a decade ago, also believe the GOP’s advantage has narrowed — but they caution it is still sufficient in big states to put the majority at risk. Democrats are nervously watching Texas, Florida, Georgia and North Carolina — states that will send 92 members to the next Congress, and where Republicans hold complete control of the process.
“If they draw extreme gerrymanders, by our estimation they could pick up 11 seats which they wouldn’t otherwise have with fair maps,” said Patrick Rodenbush, who heads communications for the National Democratic Redistricting Committee, a group helmed by former Attorney General Eric Holder.
Democrats are similarly boxed in in the states they control: The party has already drawn substantially favorable maps in states like Illinois, Nevada, New Mexico and Oregon. No Republicans hold seats in Massachusetts. Democrats’ lone state where they can target more than just one Republican incumbent is in New York, where they already hold 19 of 27 House seats.
The redistricting process is almost certain to wind up in court in many states; Marc Elias, the prominent Democratic attorney, has already filed redistricting-related lawsuits in Pennsylvania, Louisiana and Michigan seeking to force courts to intervene ahead of anticipated partisan gridlock.
But this year’s round of redistricting is also poised to be the most transparent in history. Mapmaking that once took place in smoke-filled rooms behind closed doors will now happen under the scrutiny of partisans on both sides, and a public that is much more aware of what gerrymandering means.
“The technology is now in the citizens hands as much as it is in redistricters’ hands,” Wang said. “Citizens have ways of giving input, and they have free software for mapping.”
That the process will be transparent does not mean the results will make everyone happy. U.S. Supreme Court decisions in recent years have given legislatures the freedom to act in more nakedly partisan ways to draw maps in their favor.
“It’s going to be ugly,” Wang said. “But it’s going to be in public in a way that it was not in 2011.”
National