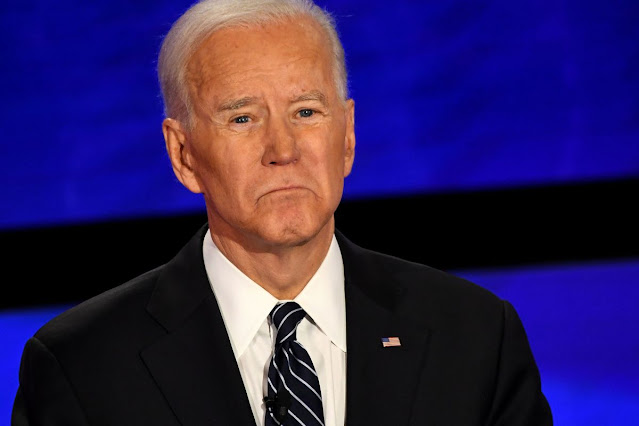 Republicans are seizing on disappointing jobs data to argue that President Biden’s spending and tax plans are already causing a slowdown in the economy.
Friday’s jobs report — which showed U.S. employers added 266,000 jobs in April, far below expectations — could pose a challenge for Biden as he seeks to enact his proposals for $4.1 trillion in new spending financed by tax increases on wealthy individuals and corporations.
Republicans were already opposed to Biden’s infrastructure plans, but last month’s lackluster job gains are giving GOP lawmakers a new line of attack that they are hoping will resonate with voters.
“The definition of insanity is doing the same thing and expecting different results,” House Minority Leader Kevin McCarthy (R-Calif.) said in a statement Friday. “Unless President Biden stops doubling down on his failed tax-and-spend agenda, unless he works with Republicans to rebuild our economy, his crisis-era policies will continue to trap Americans in a cycle of fear.”
Biden in March enacted a $1.9 trillion coronavirus relief measure that did not receive a single Republican vote. He’s since proposed a $2.25 trillion infrastructure plan, financed by tax hikes for companies, and a $1.8 trillion package focused on areas like child care and education that would be funded by raising taxes on high-income households.
Republicans responded to Friday’s employment report from the Labor Department by taking aim at a provision in Biden’s COVID-19 relief law that extends enhanced unemployment benefits through the beginning of September. GOP lawmakers argued that the $300 per week boost to weekly unemployment benefits is discouraging people from returning to work.
“It is no coincidence that this news arrives just as the Democrat’s big-government policies, like paying people more to stay home than to work, are beginning to take hold,” said Rep. Jodey Arrington (R-Texas) in a statement.
Republicans also focused their fire on Biden’s plans to raise taxes, arguing that would hinder the pandemic recovery even more by making the U.S. a less attractive place to do business.
“This is a stunning economic setback, and unequivocal proof that President Biden is sabotaging our jobs recovery with promises of higher taxes and regulation on local businesses that discourage hiring and drive jobs overseas,” Rep. Kevin Brady (Texas), the top Republican on the tax-writing House Ways and Means Committee, said in a statement.
Right-leaning economic policy experts said that while they don’t think Biden’s tax proposals were a big factor in April’s job numbers, they could be an issue in the long run.
“The president is talking about a big increase in taxes for businesses, which would make us far less competitive,” said Joel Griffith, a research fellow in financial regulations at the Heritage Foundation.
Biden defended his coronavirus relief law and infrastructure proposals, saying the jobs report signifies the importance of legislative efforts by Democrats.
“Today’s report just underscores, in my view, how vital the actions we're taking are,” Biden said Friday at the White House. “Checks to people who are hurting. Support for small businesses, for child care, and school reopening. Support to help families put food on the table. Our efforts are starting to work, but the climb is steep and we still have a long way to go.”
Biden, Treasury Secretary Janet Yellen and Democratic lawmakers disputed GOP claims that enhanced unemployment benefits were discouraging people from jumping back into the labor force. Yellen said there are some people who are not ready to reenter the workforce, including parents whose children are back at their schools on irregular schedules, and people who are concerned about the health risks of returning to on-site work.
White House press secretary Jen Psaki added that the administration isn’t concerned about its proposed tax increases on the wealthy in light of the jobs report.
“What these tax proposals are meant to do is to pay for a historic investment in infrastructure, historic investments in child care and education, something that there is broad support for across the country,” she said during Friday’s press briefing.
Biden is slated to meet with Republican and Democratic congressional leaders next week to discuss his jobs and infrastructure agenda. But the odds of a bipartisan deal are virtually nil at this point.
Instead, Democrats are likely to push for advancing Biden’s proposals without Republican support. But that approach carries its own challenges given the narrow Democratic majorities in Congress.
Republicans are now hoping that their economic message might reverberate with some moderates on the other side of the aisle and force Democrats to scale back their multi-trillion dollar proposals.
GOP lawmakers also hope that their arguments against Biden’s proposals will gain traction with voters ahead of the 2022 midterm elections.
“Another bad jobs report, and after a while, that’s going to sink in,” said Ford O’Connell, a Republican strategist.
National